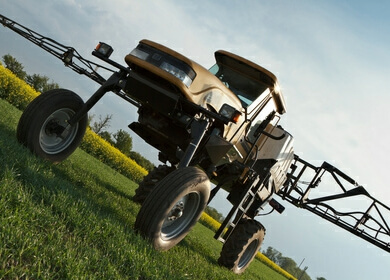 The nasty effects of pest and weed resistant GMO crops on human health and the environment are beginning to show – the insects and weeds are developing immunities, and many farmers are responding by using more pesticides and herbicides than ever.

According to a May report in the Wall Street Journal, “insecticide sales are surging after years of decline, as American farmers plant more corn and a genetic modification designed to protect the crop from pests has started to lose its effectiveness.”

Monsanto’s Bacillus thuringiensis (Bt) corn was engineered to poison rootworm, however, the rootworm now seems to be resistant to the gene, as it is coming back. Similarly, Monsanto’s ‘RoundUp Ready’ crops have spurred the rise of superweeds that are resistant to RoundUp themselves.

Since the introduction of GMO crops in 1996, until 2011 when data was collected, pesticide use has increased by 7 percent, which translates to 404 million pounds more pesticides that have been sprayed on United States crops.

According to Dan Steiner, an independent crop consultant from northeastern Nebraska, “we used to get sick… because we’d always dig to see how the corn’s coming along. We didn’t wear the gloves and everything, and we’d kind of puke in the middle of the day. Well, I think we were low-dosing poison on ourselves!” 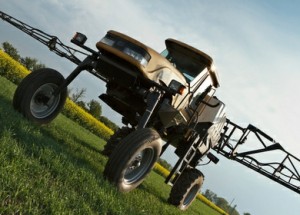 Tracy Franck, an Iowa farmer, told the Cedar Rapids Gazzette that he and his family, “are putting on more RoundUp every year to kill the same amount of weeds.” He added, “every year it will get worse.”

Biotech companies Monsanto, DuPont, Dow and Syngenta now control over 80 percent of the corn seed market and 70 percent of the soy market. They, however, are not suffering from the lost effectiveness of their crops, as they also sell pesticides. According to NPR and the Wall Street Journal, pesticide sales are doing just fine.

As the biotech executives’ pockets get fatter, American farmers, along with American soil, are being poisoned. What are we going to do about it? Simple. Eat organic.