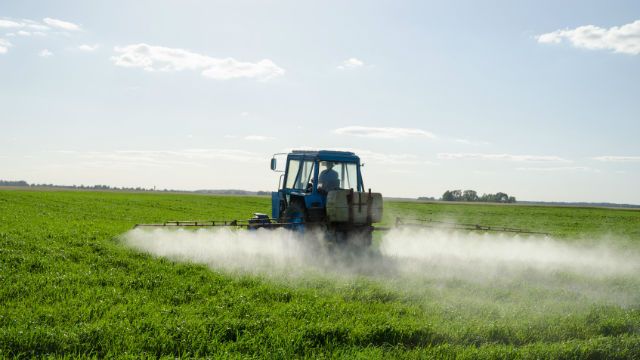 According to a report issued by the Argentinean Ministry of Health in Córdoba, which tracked five years of cancer rate information in the province, cancer rates in areas where GMO agriculture takes place have ballooned to 50% higher than the national average.

This worrying trend has been linked by several experts to the massive use of pesticides in these areas, and often, the lack of information on safety precautions provided to the people that handle them.

The BBC reports that about 300 million litres of pesticides are currently sprayed each year in Argentina. The nation is among the world’s top growers of genetically modified soy. The primary pesticide used on these crops is glyphosate, more commonly known as Roundup, which the GMO soy has been modified to resist.

As we detailed in a recent article, a body of research has linked Roundup to multiple forms of cancer, as well as to an increased risk of Parkinson’s and Alzheimer’s diseases.

The “Roundup Ready” modification allows farmers to spray more and more glyphosate on soy crops to kill the weeds, without worrying about destroying the plants themselves.

According to the BBC, many of the weeds have become resistant to this chemical, and in response, more and more is being sprayed, or it is sprayed in higher concentrations.

While this method is producing large amount of soy, it has strong links to the soaring cancer rates – as well as increases in birth defects – in regions of Argentina where GMO crops are grown.

According to Dr. Damian Verzeñassi, a professor at the Faculty of Medical Sciences in Rosario, “they keep demanding studies on something that is already proven and do not take urgent measures to protect the population.

There is ample evidence that the agricultural model has health consequences, we are talking about a production model that is a huge public health problem.”

There is no easy solution to this problem: as awareness of the dangers of GMOs and irresponsible pesticide use is growing worldwide, we can only hope that measures are put into place to protect Argentineans living in GMO cultivation areas, and that eventually – as soon as possible – this damaging form of agriculture is abolished in favor of a safer, natural solution.