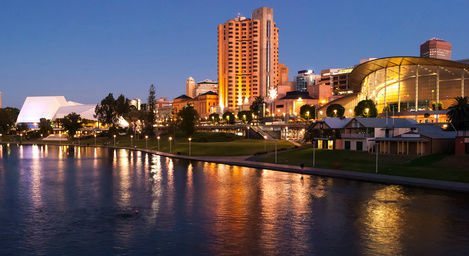 South Australia has announced that it will extend its moratorium on all genetically modified crops until at least 2019. According to Governor Minister Leon Bignell, keeping South Australia GMO-free gives it a big advantage in overseas markets.

The moratorium was put in place in 2003, and serves to prohibit all GMO crop production and cultivation, including trials. South Australia is the only Australian state with such a ban.

Governor Minister Bignell says, “we’ve got a strong reputation not just around Australia but around the world for producing clean, green premium food and we think having a moratorium on the growing of GM crops really helps us in that end… People are paying a $50 tonne premium and we think there’s a lot more advantages to having the moratorium in place than to lift it.”

South Australia’s Opposition party also supports the GMO moratorium, and confirmed that it would support its continuation until at least 2019 if they were to take office in March.

In Europe, surveys show that about 70 percent of Europeans are opposed to GMOs in the European Union. Hungary has had a ban on GMOs since 2006, and has announced that this ban will continue, with consensus among political parties.

While GMO crops are currently widespread throughout the United States, many citizens do not support them. A poll conducted last June by TNS Intersearch of Pennsylvania for abcnews.com asked a national sample of 1,024 adults their opinions of GMOs and GMO labeling, and the results were quite telling.

Poll results showed that 52 percent of the respondents thought genetically modified foods were unsafe, and 13 percent were unsure. An overwhelming majority of 93 percent of respondents said that the U.S. government should require the labeling of foods containing GMO ingredients.

We can only hope that the United States will eventually follow the example of much of the world and decide that GMOs are not worth the resources they cost and potential risks to public health. With luck, this realization will come before extensive damage is done.