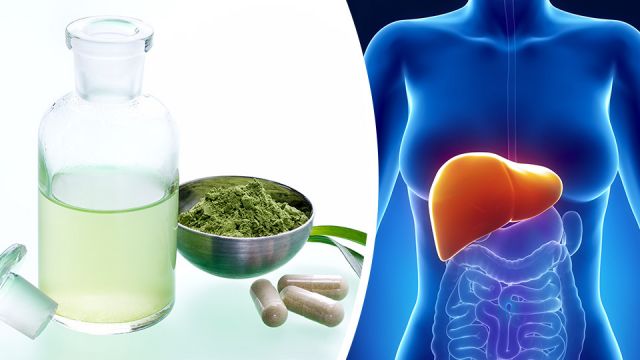 Green tea has numerous benefits, but now science tells us that more may not necessarily be better. It turns out green tea extract, found in many over-the-counter weight-loss powders, pills and liquid supplements, has raised concerns about increased risk of liver damage. If you’re taking green tea extract, here’s what you need to know.

Green tea extract is not safe for weight loss

Are your supplements giving you liver damage?

Liver damage is often linked to tenderness and pain in the abdomen that sometimes radiates to the shoulder. Liver injuries can heal without treatment. But sometimes surgery is needed to repair the liver or to remove part of it.

A study from the National Institute of Health published in the journal Hepatology reported 700 cases of liver damage during the study period. Of those cases, 130 were linked to dietary supplements. But that underestimates the extent of the problem, suggests Consumer Report, since the network tracks only severe cases of liver damage caused by supplements. Some cases go unreported.

According to the study, bodybuilding and weight-loss supplements were responsible for about half of the cases of liver damage. The problem is most supplements contain multiple ingredients, so the researchers weren’t always able to pinpoint the harmful substance.

Green tea extract poses one of the greater risks

“As surprising as it may seem, manufacturers are not required to prove to the Food and Drug Administration that their products are safe,” says Chuck Bell, programs director for Consumers Union, the policy and mobilization arm of Consumer Reports. “Or that they’re effective for their advertised use before they are sold.”

According to Consumer Reports, green tea extract used in weight loss supplements may cause:

Supplements are not the tea you sip, made from brewing leaves in hot water. Supplements or pills contain concentrated amounts of particular compounds found in green tea. Loose leaf green tea is loaded with catechins, an antioxidant compound that in the proper dose provides vast benefits including lowering your risk of developing cholesterol, heart disease and cancer. But when taken in highly concentrated doses, like those found in supplements, it can cause herbal hepatotoxicity.

But does that mean you should instead drink mega cups of green tea daily? Absolutely not. You can have too much of a good thing. In 2015, Mail Online reported a story about a 16-year-old girl who drank three cups of Chinese herbal green tea a day. She did so for three months as part of a weight loss plan. After going to the hospital with what she thought was a severe UTI, she found out that what she actually had was a type of herb-induced hepatitis. Herbal hepatotoxicity, chemically induced liver damage, happens when you take too much of an herbal supplement or even down too many cups of herbal a day.

Weight-loss supplements are everywhere these days making unrealistic promises. So, before buying into the hype and potentially placing your health at risk, read the label. Make sure it doesn’t contain green tea extract!