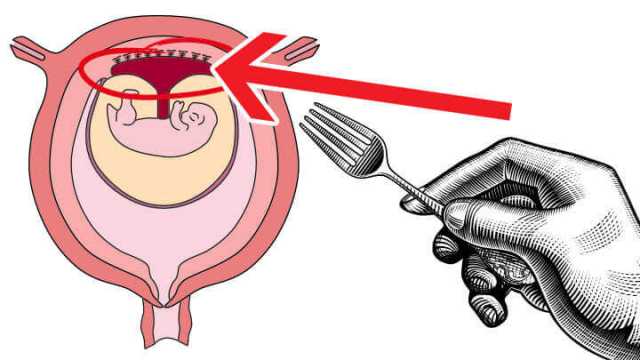 Of more than 5,000 species of mammals, the majority eat their placenta after giving birth. Scientists think animals do this to readily absorb valuable nutrients and vitamins that would otherwise be lost. It turns out, humans may reap some of the same benefits. Eating placenta is touted to do everything from easing postpartum depression to improving breastmilk supply. If you knew it was that good for you, would you eat your own placenta, too?

Why eat the placenta?

Placentophagy, or eating the placenta, is nothing new. In fact, it’s been revered in many cultures around the world since ancient times. And, for centuries, it wasn’t just new mothers taking part in the practice. In Jamaica, for example, new moms gave their infants bits of placenta in tea to prevent convulsions. In India, it was believed that an infertile woman could bear children by eating part of a placenta. In Chinese medicine, placenta was mixed in with milk to improve symptoms of exhaustion.

These days, placentophagy is experiencing somewhat of a revival in the alternative health movement, especially in the U.S. and Mexico. There is some scientific research to support the health claims, though more research needs to be done. There is also a wide pool of anecdotal evidence on the topic, with mixed reviews. Some new mothers, like Kourtney Kardashian, have called eating their own placenta downright “life-changing.” Actress January Jones had this to say to Marie Claire:

“Whenever I felt down, I would take a placenta vitamin and feel better,” she said. “I didn’t have a fork and knife and eat it like a steak, I took it with my vitamin C and B12. I don’t know if they were a placebo, but they made me feel better. People act like I’m doing some kind of witchcraft.”

One thing is certain: there’s a whole lot of debate on whether or not it’s a good idea to eat your placenta. If you’re feeling squeamish about the whole thing, maybe a look at the science behind it will help you digest the concept (no pun intended).

A placenta is chock-full of the good stuff

Since the placenta is full of vital vitamins, hormones, minerals and nutrients, it makes sense to think that these same baby-builders would provide benefits once back in mom’s system. And the science seems to agree, at least when it comes to some things. Advocates of placentophagy say the mix of chemicals found in the placenta can provide some powerful benefits:

Other chemicals are said to boost thyroid function, improve immunity and even stop bleeding. So what does the science say? The studies point to three main benefits.

1. It may improve breast milk production

One study is often cited as the best evidence for improved milk production. Researchers fed new mothers freeze-dried placenta and watched for signs of increased lactation. After the study, researchers said, “We can report on 210 women who ate placenta: 71 with very good results, 110 with good and 29 with negative results.” Those with very good results had increased breast size and milk production.

2. It may increase protein in breast milk

On the topic of breast milk, consider this early finding as well, published in the Journal of Biological Chemistry. After childbirth, researchers studied the milk production of eight women. They were all fed the exact same diet, aside from placenta. Researchers fed one group of women 0.6 milligrams of desiccated placenta three times a day. As a result, one group of nursing infants exhibited greater growth in the early stages of development.

“It has been shown that the feeding of desiccated placenta to women during the first 11 days after parturition causes an increase in the protein and lactose present in the milk,” said researchers. “It is evident that the recovery from the postnatal decline in weight is hastened by the consumption of milk produced under the influence of maternally ingested placenta.”

3. It may increase pain threshold

One study, published in Ecology of Food and Nutrition, found that eating placenta led to a number of benefits, including an increased ability to tolerate pain. However, it should be noted that the researchers performed this experiment on lab rats and the research has yet to be duplicated on humans.

In this example, researchers found four main benefits to eating placenta. First, it increased the interaction between mother and infant. Second, it promoted analgesia in the delivering mother — i.e., the inability to feel pain. Next, placenta activated the opioid circuits in the mother’s brain to increase maternal behavior. And last, it reduced incidences of postpartum pseudopregnancy. Not bad for a little taste of placenta! Maybe these rodents are onto something.

Researchers noted that the placebo effect may have played a role and more research would be needed to determine the validity of their health claims. It’s also important to note that not all of the reviews were positive. Some women listed negative experiences or side effects, including:

If you experience any of these side effects, stop eating your placenta and see your primary care physician. Additionally, do not use placenta as a sole treatment for postpartum depression, since there is no scientific research supporting it as an effective option. Always make sure to discuss your postpartum care with a licensed clinician.

How to store and eat the placenta

Make sure to review the risks before you give your own placenta a try. Some experts warn that the placenta could contain bacteria as a result of the birthing process. Also bear in mind that there are no federal regulations on how the placenta should be stored, prepared or cooked, so exercise caution. The Placenta Center recommends using a water-tight bag to secure the placenta and placing it in the refrigerator within 30 minutes after birth.

When you’re ready to eat it, the placenta can be prepared like any other meat dish or consumed raw. If you need a boost, you can even blend it into this fruit smoothie. All you have to do is Google “placenta recipes” for a wealth of ways to add it into your meals. New moms report that eating cooked placenta tastes like beef or other animal organs, like liver.

If you’d prefer to consume it in pill form, there are encapsulation labs all over the U.S. that will repurpose your placenta for around $250. If that cost seems a little too steep, you can also learn how to do-it-yourself here. Apparently, in pill form, placenta doesn’t taste like very much at all.

So what do you think — would you try your own placenta in a pâté or a pill? Smoothie or stir fry? Let us know if you experience any health benefits. Bon appétit!