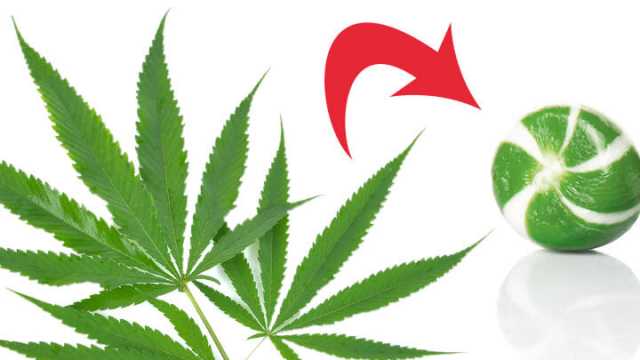 Marijuana can have plenty of positive effects: some are productive and some are less so. It can make you more creative, ease pain and relieve stress and anxiety. All of these benefits may be helpful after a long day of work, or when dealing with mental or physical illnesses.

There’s just one slight problem: most people get pretty solidly stoned after a few joints or a few cookie bites. So, good luck making use of that extra creativity. But what if there was a way to enjoy the productive benefits of cannabis without the risk of being way too high?

Is microdosing the answer?

This is where microdosing comes in. The concept has big potential among both long time marijuana aficionados and beginners, according to Christie Strong from edibles manufacturer Kiva Confections. “We believe that in a couple years microdosing is going to be the most popular way people use cannabis,” Strong told Mashable.

Strong’s company is banking on a line of cannabis mints. They have low levels of tetrahydrocannabinol (THC), the psychoactive ingredient in marijuana. “In the same way we take vitamin C and zinc to avoid getting sick, we will be taking cannabis to stay healthy and safely manage stress and anxiety,” Strong said.

As she explained, these microdose mints are intended to serve as “productivity tools” to boost creativity without impairing performance. In other words, to give you an edge without getting you shattered. “For anyone whose job blurs the line between work and play, one to two bites are often all that’s needed,” she added.

Microdosing has been around a while

Strong’s idea isn’t necessarily anything entirely new. Rather, it’s the evolution of a concept that has been around for quite a while. For example, MED•a•mints have been around since 2010. These mints contain 10 milligrams of THC per serving. For reference, that’s slightly on the low side for a regular marijuana user. However, the effect is a little different when THC is eaten instead of smoked. According to Adam Gottlieb, author of “Cooking with Cannabis,” edibles tend to produce a slow crescendo, often referred to as a body high.

One major problem, however, is that edibles can catch beginners by surprise. “You take a bite of an edible product and nothing happens. Then you take another bite and another bite, not understanding that it takes time for the effects to occur,” said Dr. Kevin Hill. He is the assistant professor of psychiatry at Harvard Medical School and director of the Substance Abuse Consultation Service at McLean Hospital. Speaking to WebMD, Hill said edibles tend to be much stronger than inhaled marijuana.

In theory, this shouldn’t be much of a problem for people aiming to microdose. Kiva Confections’ mints contain a minuscule 2.5 milligrams of THC. According to Dr. Mark Edmunds, the average joint contains around 100 milligrams of THC. Hence, marijuana smokers who go through a few joints on the weekend would need to eat between 40 to 80 mints to get a comparable high.

Of course, that would defeat the whole point of microdosing, which is aimed at producing relatively subtle effects. Journalist Miles Klee from Mic tried some mints for himself at a cinema, and found the effects to be pretty mild but enjoyable.

“I detected the slightest buzz right when the title sequence rolled — and knew I wanted a little more. So I fished out a second mint and, just moments later, was enjoying a level, floaty high,” Klee explained.

Not so fast! There’s more to microdosing

Klee’s experience is well worth reading about in full, but one of the most interesting aspects of his account was the fast-acting nature of the mints. This might come as a surprise to most people who are used to waiting hours for edibles to kick in.

According to Business Insider, the secret is that the slowly dissolving mints allow the THC to be absorbed sublingually. Sublingual absorption simply means the THC is being delivered via the cheeks, and through a part of the mouth under the tongue. This unique feature makes mints totally different to other edibles. They act faster than regular edibles, but still deliver a comfortable body high, assuming you take enough.

For anyone looking to microdose though, the real benefit is having more control over the high. When the effect is immediate, you’re unlikely to over consume and get knocked off your feet a few hours later. This means low THC mints are the perfect way to microdose, Strong said.

“It can be used daily for its relaxing, anti-inflammatory properties without fear of excessive psychoactivity interfering with your focus or work,” she said. “In this way, cannabis becomes more like an herbal supplement.”

At this point, the obvious question is whether all this is marketing hype. It sounds interesting, but can microdosing actually deliver better productivity?

The answer is a resounding “absolutely,” according to Dr. Allen Frankel of Green Bridge Medical in Santa Monica, California. Frankel told Mashable that cannabis is actually a bi-modal substance, meaning it can produce two very distinct effects depending on dosage.

“Low doses worked very well,” said Dr. Frankel. He went on to say that microdosing has huge potential for anyone suffering chronic pain or mental health issues like anxiety. “Less is generally more.”

What do you think? If you’ve tried microdosing, we’d love to hear about your experience!