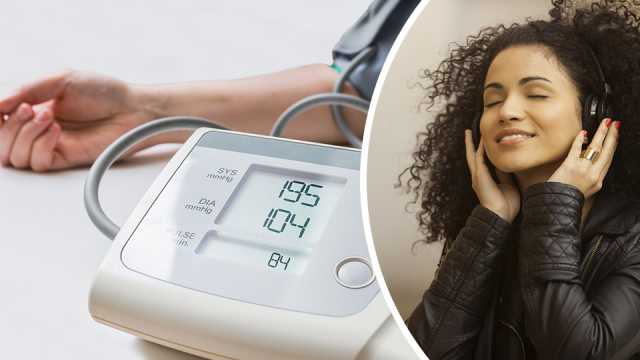 When we’re in the womb, our ears are the first sense organ to develop. When we die, it is said that our hearing is the last to go. So it should come as no surprise that humans have found tools and tricks to appeal to our sense of hearing for at least 35,000 years, in every cultural enclave across the globe. And there’s one time-tested, scientifically-proven method that can immediately improve your physical, mental and even spiritual health, starting right now: music.

How music transformed my health

I’ve struggled with periods of anxiety and depression for some of my adult life, and the worst of times were always marked by an eery silence. Thankfully, I’ve become well-researched in music therapy, both as a yoga instructor guiding students and as someone dedicated to keeping my health intact in a natural, holistic way. To put it lightly, music is a powerful, steady force in my life that has become a crucial part of my everyday well-being.

On average, I listen to music for about 16 hours a day, sometimes up to 20 hours, while I’m working from home, cooking, cleaning and even sleeping. My musical taste spans a broad range of genres, depending on my mood or desired outcome. For writing, it’s soft piano or classical film scores. For editing, it’s chill house with a steady beat. For cooking and cleaning, it’s reggaeton (seriously, try it, it’s impossible not to dance while scrubbing the dishes).

Music is so ingrained into my existence that I’ve only ever dated musicians — not even on purpose, it just so happened that way. It’s even gotten to the point where, for better or for worse, I can only fall asleep to ambient music or the sounds of falling rain.

On a daily basis, music allows me to:

But don’t just take my word for it. Here are a dozen ways that music can improve your overall health and wellness — from your blood pressure to your sex drive — backed by science:

In one study, published by the European Federation of International Medicine, researchers found that music could reduce anxiety by triggering stress-relievers on a biochemical level. In fact, when we hear a rhythm that we like, the brain releases dopamine in anticipation of the next beat — good music literally makes us feel high! Our favorite song can produce a chemical reaction similar to exercising, having sex or making money.

In one student study in the UK, researchers found that the tempo of music had a direct correlation with the heart’s beats per minute (BPM). They chose 30 subjects for the experiment, all over the age of 18. Subjects were asked to listen to two songs, each 2.5 minutes long. One song (“Weightless”) had a slow tempo of 80 BPM, while the other song (“Worldwide Choppers”) had a fast tempo at 130 BPM. At the end of the experiment, results showed that 93 percent of participants experienced a slower heart rate after listening to the slow song, and 100 percent of participants experienced a quicker heart rate after the fast song.

In a European study, published in the journal Heart, researchers from Italy and the UK observed 24 patients. Half of the patients were classically trained musicians and the other half had no musical training. Each of the participants were asked to listen to six different types of music, varying from rap to techno to slow classical.

On the results, researchers found that music with a quicker tempo increased breathing rate, blood flow and heart rate. Interestingly, when music was paused randomly for two minutes at a time, participants experienced a significant drop in heart rate, blood pressure and breathing, sometimes below the starting rate. Researchers suggested that music therapy may be helpful for those experiencing chronic respiratory issues, like hypertension or heart failure.

4. Music can boost the immune system

Feel a cold coming on? Music can help. A large-scale review was performed by a team at McGill University on music and the immune system. In the study, researchers analyzed more than 400 papers on the neurochemistry of music. They found that music increased the production of immunoglobulin A, which plays a critical role in the immunity of the body’s mucous system. Additionally, music aided in the production of “good fighters,” or the cells that attack harmful bacteria and germs in the body, fighting off potential illnesses.

In one study, researchers found that music could speed up post-workout recovery, among many other benefits. The researchers even suggested that music therapy could replace medication in some circumstances, however, they cautioned that the type of music was of utmost importance.

“The most benefit on health is visible in classical music, meditation music whereas heavy metal music or techno-sounds are even ineffective or dangerous and will lead to stress or life threatening arrhythmias. There are many composers most effectively to improve quality of life, particularly Bach, Mozart and Italian composers are ideal,” wrote the researchers.

In one study, published by Austria’s General Hospital of Salzburg, researchers found that music helped to improve back pain. They worked with 65 patients, all with chronic back pain, between the ages of 12 and 68. They divided the patients into two groups. The first group received standard medical care. The second group listened to music and participated in visualization exercises for 25 minutes a day for 21 days.

At the end of the study, researchers reported that the second group (who received music therapy) had far less back pain than the other group. This is because music connects with the automatic nervous system, which controls blood pressure, heartbeat and brain function. Music also touches on the limbic system, which is responsible for feelings and emotions.

Here’s how the cycle works: When slow music is played, like Mozart, our blood pressure drops and our heartbeat slows down. When we breathe more slowly, it reduces the tension in our body, including any sore spots like the neck or back. At the same time, music reduces any tension in our mind. Overall, this leads to a reduction in pain (or perceived reduction in pain).

In a study from Finland, published in the medical journal Brain, researchers evaluated stroke patients during the early stages of their recovery. Overall, they found that when stroke patients listened to music for a few hours a day, it helped patients recall their verbal memory at a rate of 60 percent, compared to 29 percent for those who didn’t listen to any music. In addition, music helped patients focus their attention and stabilize their mood during recovery.

Researchers have spent a lot of time exploring the link between music and memory, particularly in geriatric patients or those with brain injuries. In one study, researchers worked with patients who experienced traumatic brain injuries, such as from a car accident. They had each patient listen to the number-one hit from their lifetime, to stir up autobiographical memories.

Amazingly enough, the music could help participants recall memories in a similar fashion to those without a traumatic brain injury, showcasing music’s powerful ability to dig deep beyond damage. In fact, music is so powerful, that is can take you back two generations, according to another study published in the Journal of Experimental Psychology.

Another study found that music had the potential to alleviate anxiety as much as a massage in patients experiencing generalized anxiety disorder. “Because the relaxing room treatment (which includes music) is substantially less expensive than the other treatments, a similar treatment packaged in a clinically credible manner might be the most cost effective option for persons with GAD who want to try relaxation-oriented CAM therapies,” wrote the researchers. In other words, a relaxing setting with music proved as effective, and cheaper, than massage therapy for anxious patients.

10. Music can help us grieve

When we’re pregnant, we produce a chemical called prolactin, but it’s also produced by the body during times of grief to prevent us from becoming overwhelmed by sadness. In one study, researchers found that music can boost prolactin production, which is why listening to “sad” music during heartbreak can help us to feel better.

11. Music may help athletes stick to a routine

Researchers found that listening to music increases your likelihood of sticking with a workout program by up to 70 percent, according to a study by Sports Medicine Open. Based on these findings, if you’re having trouble with consistency, perhaps it’s a good idea to introduce music as a tool for motivation.

As you can see, music can change your life in amazing ways. Here’s a summarized list of additional benefits that will have you reaching for your headphones. According to researchers, music can:

If those aren’t good enough reasons to invest in a seriously sweet stereo system, I don’t know what is. But just in case, here are a few more benefits that haven’t necessarily been proven by science, but have been passed down through the centuries by spiritual teachers.

Music can activate the chakras

It turns out that sound can activate specific chakras, depending on the frequency of the sound wave. For example, 40 to 60 hertz (Hz) per second (a low bass) can be felt in the pelvis. On the other hand, 120 to 160 Hz per second can be felt up in the chest and neck. The more Hz per second, the higher up the sound travels. Each chakra carries a specific tone:

The practical application of this is vast. Based on how wavelength frequencies interact with the body, we can choose specific frequencies and binaural beats to target individual chakras and heal them. Interestingly, it is said that the Gyoto monks of Tibet chant at the same frequency of the second chakra. Perhaps we have something to learn from them.

If you’re experiencing an energetic block, prolonged illness or emotional suffering of some kind, Solfeggio frequencies may help. This ancient scale was used in Gregorian chants to unite man with the divine. They were rediscovered in the mid-1970s by a naturopathic physician named Dr. Joseph Puleo. The frequencies were explored further in a book by another researcher, Dr. Leonard Horowitz, in “Healing Codes For The Biological Apocalypse.”

In his book, Dr. Horowitz explores the ancient sequence of frequencies and the healing properties they promote. They are as follows:

This list of benefits is in no way exhaustive; we’re merely scratching the surface on the wonders of music therapy. But whether you’re lifting weights, healing from surgery or trying to align your chakras, once thing is clear: music may just be the fastest, and easiest, way to help you do it. So go on and hit that play button — you’re welcome.