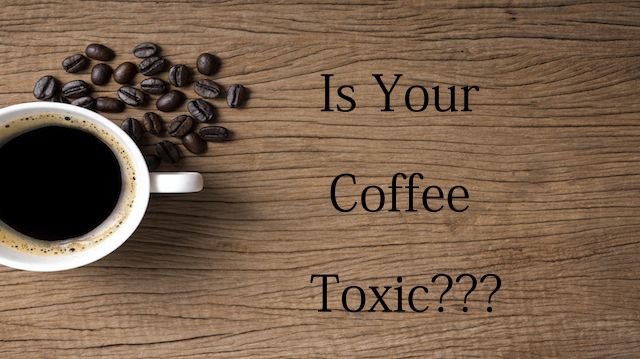 We sure love coffee! Over 50 percent of North Americans consume coffee every day. Coffee has even been named as the poorly-nourished American population’s primary source of antioxidants. According to coffee experts, there are a number of critical steps that make or break the quality of green coffee beans. Most plants around the world have similar machinery and configuration, yet the specifics of the processing can result in a very different end product.

There are a number of other steps between the green bean and your morning cup that can contribute to the quality of your brew. It’s important to note that coffee processed with different methods can contain varying levels of harmful constituents, such as toxins and molds, and also different amounts of those beneficial antioxidants and polyphenols. Let’s examine the different processing methods, and which ones produce the most detrimental or health-promoting outcomes.

Coffee is one of the most chemically treated crops, with some estimates stating every acre of coffee gets treated with 25 pounds of agricultural chemicals. However, published studies have shown that roasting the coffee seems to decrease toxins by about 85 percent. The 15 percent that remains is still enough to encourage buying organic coffee instead, especially when you also take into account the impact of those chemicals on the communities where coffee is grown and the people involved in its growing and processing.

The raw harvested product, which is the first step in coffee production, is actually called a cherry. Overall there are three types of processes used in getting from the raw coffee cherry to a green coffee bean that is ready for roasting. These three types are the fully washed method, the natural sun-dried method, and a hybrid process that is referred to as semi-washed or pulped method.

Veterans in the industry point out that, regardless of the processing method, it’s vital to start out with a high quality of incoming cherries. The cherries must be sorted to ensure no unripe cherries make it into the final mix. Industry studies have found that even a tiny proportion of unripe cherries, as little as one half of a percent, can negatively affect the quality and flavor of the final product. Coffee that includes unripe cherries will be more astringent and taste bitter or “green.”

Unfortunately, most coffee pickers are paid based on quantity, so they are inadvertently encouraged to be less discerning with their selection of which cherries to pick or which to leave on the bush. The best coffee producers will pay their pickers extra to promote picking of only high-quality cherries.

Some high-tech producers will even use special measurement machinery to determine the sugar levels in the crop, as the riper cherries will contain more sugar. Experts say that properly ripened coffee beans will have a sweet tropical or citrus fruit flavor, as opposed to the unripe beans which taste dry and bitter. You can imagine how the sweeter, ripe cherries result in a much tastier coffee.

The picking and selection of better quality cherries results in a higher price for us, the consumer. This is a potential indicator for the benefit of investing in more expensive varieties of coffee.

After the cherries have been sorted, they are fermented to remove the mucilage (a stringy starchy substance surrounding the bean). The fermentation is a fine art that must not be left too long. Some producers may also do this part mechanically. Finally, the cherries are dried, hopefully with enough ventilation to prevent mold.

Mechanical and wet-processed coffees have fewer mycotoxins. Mycotoxins are molds that can grow on coffee beans, particularly when they are improperly processed. One such toxin, called ochratoxin, has been shown to cause degeneration and even death of neuron cells in humans. This is a good reason to avoid dry-processed coffees.

Studies have also shown that wet versus dry-processing methods can influence the chemical makeup of the beans, and result in differing levels of sugars and amino acids. We should keep in mind that coffee beans are actually the seeds of the coffee plant. We understand that seeds contain plant intelligence, which responds to different environmental conditions. For example, when a seed is resting in frozen ground during the winter it remains inert, but when the weather gets warmer and the ground is wet, the seed begins to “wake up” and prepare to sprout, which causes biochemical changes in the seed.

Research has demonstrated that coffee beans left in dry conditions for too long (as in the dry-processing methods) develop a “stress” response, presumably in an effort to preserve the reproductive capacity of the bean. Although there is no hard proof, it seems logical that these beans would contain higher levels of toxins, similar to unsprouted grains and legumes. It appears beneficial, then, to choose wet-processed coffee, which results in “lower-stress” coffee beans that should contain less toxins.

Wet-processing methods involve removing the mucilage from the coffee cherry to uncover the bean inside. The removal can be done traditionally via fermentation or mechanically. While for most health-conscious folk it seems instinctive to favor traditional methods, mechanical mucilage removal actually results in less water consumption, as well as a lower chance of surface water contamination for the surrounding communities. This is something to take into account for those seeking a sustainably-produced variety of coffee.

If wet-processing is not used, this is usually in areas where there is a lack of access to water. About half of the world’s beans are processed this way. In a dry-process method, the whole cherries are dried in the sun, and then the hulls are removed mechanically to reveal the green beans. Dry-processed coffees are often also those where beans are picked less selectively or even mechanically harvested (i.e., strip-harvested). Coffees from Brazil, Sumatra and Ethiopia are frequently harvested and processed this way.

Another concern with dry-processed beans is that they are often found to become moldy when they are dried in the sun. As explained above, it would appear that there is generally a lower standard of care applied in these processing facilities, and dry-processed coffees generally contain higher levels of toxic molds. Although this may not be true in the case of specialty sun-dried coffees.

Choosing the healthiest type and roast 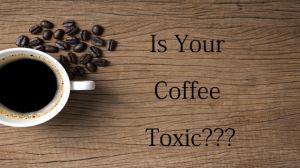 When choosing which beans to buy or which variety to purchase at a coffee shop, single-origin is better than a blend. This normally signifies more effort, care and high standards have been put into the production of this particular type of coffee. In contrast, blends involve taking some beans from here, some from there, and mixing them until the blend overall tastes acceptable. This concept is similar to single malt whiskey versus blended whiskey. The single malt has more care put into it, which results in a higher quality.

In addition, darker-roasted beans have been shown to be more health-promoting than light roasts. A 2011 study found that darker roast coffee restores blood levels of the antioxidants glutathione and vitamin E, and also promotes weight loss and excess stomach acid production. This can lessen that sensation of stomach discomfort many people get when drinking coffee.

What about the processing of decaf?

Conventional decaffeinated coffee is processed using a number of chemicals, some of which have been demonstrated as carcinogenic. There are reports of people who drank decaf and had a severe reaction. It was thought that this may have been because of the small amount of caffeine remaining in the decaf; however, it was discovered to be caused by the chemicals used in the process of decaffeination. So if you choose to drink decaffeinated coffee, water-processed decaf is a better option.

It is worth noting that, unfortunately, decaf coffee has been found to contain higher levels of toxins, including aflatoxin and ochratoxin. These toxins can cause cell mutation and organ toxicity in humans. This occurs because caffeine actually inhibits the growth of molds that produce mycotoxins, so the decaf does not have this protective mechanism.

How you make your coffee can affect its health properties

Coffee contains a lot of volatile plant oils. These are prone to oxidation, just like olive oil that is not stored in dark green bottles. When the oils are exposed to light and oxygen, they get damaged and become rancid. This is often the case with pre-ground coffee. Try sniffing a bag of pre-ground coffee beans and compare it to beans that you have just ground at home. The smell is much brighter and fruitier with more body. Use full beans and grind them with a simple at-home hand grinder or grinding machine, so that your beans have their delicate oils intact and do not become rancid.

In addition, using bleached paper filters in a standard drip coffee maker can add harmful chemicals to the coffee and add a bitter taste. Using unbleached filters is a better choice for health.

In summary, it’s generally recommended that you purchase the highest quality, freshest, organic, wet-processed coffee that you can. Dark roast coffee beans that have their caffeine intact and have been freshly ground, then brewed with purified just-boiled water in a French press, will likely result in the best tasting and least toxic cup of coffee. Remember to enjoy coffee in moderation, sticking with one to two cups per day, and take periodic breaks where you avoid caffeine entirely.