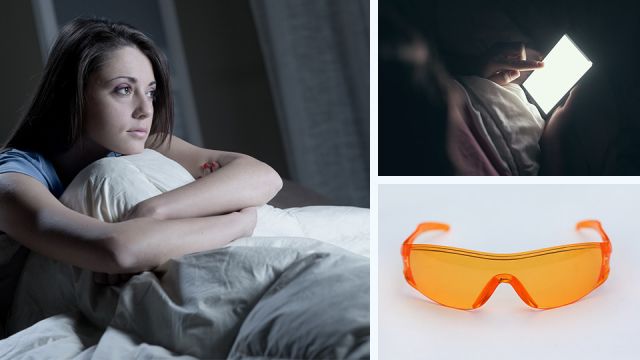 It took me a while to realize just how important sleep is for every aspect of a person’s health. For as long as I can remember, I’ve had trouble falling asleep, and tend to wake at the slightest of sounds. I’ve often wondered whether I should join the special forces on account of my ability to wake up at the drop of a pin… no-one would ever be able to sneak up on me, even while sleeping!

But in the everyday world where I’m not surrounded by deadly enemies, it pays to be able to sleep a bit deeper. This is especially the case with a four-month-old baby on our hands, where any little moment’s rest should be time spent catching up on sleep.

It used to be that I’d lay down for sleep at night, and spend at least an hour, sometimes two, of frustration trying to calm my mind and settle my body for sleep. Usually, the harder I tried, the more elusive that all-important sleep was. And once finally asleep, I’d wake several times during the night for no apparent reason, meaning I’d need to start the process all over again.

The importance of sleep

It wasn’t until I started health writing that I began to comprehend just how critical sleep is to a properly functioning mind and body. The more research uncovers about sleep, the more important it is to do our best to get a good night’s sleep.

Here’s just some of the things that happen when we don’t get enough sleep each night:

Happily, I’m pleased to say that most of my sleeping woes are now a thing of the past. While I’m still a relatively light sleeper, I’ve become far better at getting to sleep within the first 10 to 20 minutes, and I now wake up feeling considerably more refreshed in the morning than I ever did growing up or in my twenties. Here are the techniques that I’ve developed to ensure I get a good night’s rest.

My pre-bed routine for a better night’s sleep

Over time, I’ve honed my pre-bed routine to the point where it’s completely ingrained in my habits. I don’t even think about doing these things anymore — I just start doing them when it’s getting close to sleep time. It might take a while to develop these habits in your own daily routine, but they’ll happen eventually. Just remember, regularity is key. You’ll find getting to sleep a LOT easier if you do the same things at the same time every night.

Switch off the TV and ditch the electronics

In the last hour before I go to bed, I always make a point of turning off the TV and avoiding spending too much time on electronic devices like phones and tablets. If for whatever reason I can’t put down the remote or my phone, I’ll make sure that whatever I’m watching or interacting with isn’t too stimulating. This means avoiding any horror, thriller, action or drama on TV (comedy is always best!), and staying well away from games or social media on phones or tablets.

Slip on some orange or amber glasses

This is where things start to get a bit weird. Amber (essentially just a fancier way of saying “orange”) glasses have been shown without a shadow of doubt to improve sleep function, as they block the blue light which suppresses melatonin production and keeps us awake.

Ideally, I’ll slip on a pair of orange glasses (I just bought mine for a few bucks down the road at the hardware store — as long as the lenses are orange and properly cover your eyes, you’re good to go!) three hours before bed to encourage sufficient melatonin production by the time I want to sleep. I find that the earlier I put these glasses on, the easier I get to sleep.

Will and I have developed a bit of a reputation for walking around with orange safety glasses on at night — but it’s well worth it!

Start to cool down

Studies have shown that people sleep best in rooms with an ambient temperature of around 68 degrees. This is a bit colder than normal room temperature, and most people don’t realize that they’re not getting to sleep simply because their body temperature is too high as a result.

If you live in a house or apartment with central heating/HVAC, it’s as easy as turning down the thermostat an hour or so before bed. These days, however, we live out in the country and don’t have that luxury, so I’ll simply ditch most of my clothing to lower my body temp before bed, or if I’m really hot I’ll splash some cold water on my face. Trust me — cold water on the face will help you sleep better, not wake you up!

Stretch or meditate right before bed

After brushing my teeth and completing all of the other pre-bed preparations, it’s time to wind down even more with some gentle stretching or meditation. Usually, if I’m already reasonably relaxed, simply doing some gentle yoga stretches and lying with my back flat and feet up against a wall is enough to get me yawning like crazy and amping up for a good night’s sleep.

But if I’m feeling stressed or my mind is whirring like crazy, the power of some gentle guided meditation cannot be ignored. I’ve downloaded a few guided sleep meditations to my phone via an app, which means I can switch my phone to airplane mode, put on some headphones, turn out the light and let the nice meditation lady guide me into sleep. I find that I usually sleep much deeper after doing meditation at night, and if I do wake, it’s a lot easier to get back to sleep.