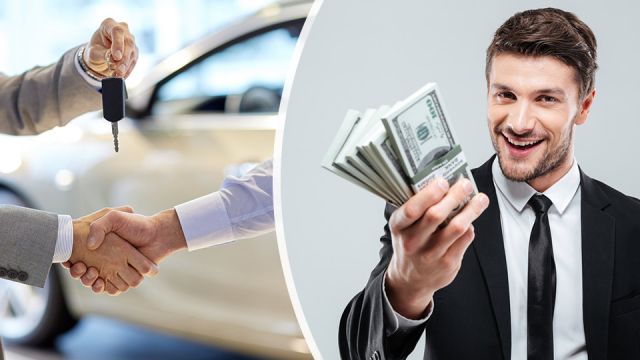 I have always loved the way money feels in my hands, ever since I was a small boy. When my dad would give me a buck for shoveling snow or mowing grass, I felt like everything was right in the world. Back then, I was a saver, squandering every penny I earned (or found). I saved and saved and saved.

By the time I was 17, I had saved more than $5,000, enough to buy my first car. When I went to the bank and held a wad of bills in my hand, I felt power and happiness. Oh, the things a 17-year-old boy could do with that much money. The possibilities were endless, or so I thought.

That attitude of saving and blowing money followed me through highschool and into college. It was kind of like a financial bulimia where I would squander every penny for a while — until I had built up quite a nice sum in the bank. Then, all of a sudden, I would “need” something big, like a new computer, a fancy desk chair or a ski trip. I would proceed to drain my bank account down to vapors and spend without much thought. It was like I would reward myself for saving. But the problem was, I would always balance out a zero after such times.

It wasn’t until I was in my last year of college, when I was ready to take on the world, that I realized I had very little money in the bank. Despite having a good job all through college, my bank account looked more like that of a starving family than a hard working, responsible graduate.

The fix: Never buy stuff as a reward for saving

It was in that fourth year of college that I was able to realize that I had to stop using stuff as a reward for saving. I began to tell myself over and over again that saving was in itself an end, not a means to an end. This allowed me to deflate the power that my savings had over my decisions. I no longer drained my account and bought things as a reward. Today, I save with the intent of saving for emergencies and my future — not for immediate gratification.

Money and I had this neat little understanding. If she kept making me happy, I would keep spending her. Although I had mastered the art of saving, I still liked to spend. I still got a rush when I spent, especially when I spent when I was in a slump or feeling blue. However, despite what culture would like us to believe, money can not — and will not ever — buy lasting and true happiness.

The fix: Dig into other things more than money

To cure myself of thinking that money could buy me happiness, I began to focus on all those things in my life that did make me happy — truly happy. These were things like my faith, my family, relationships, being in nature, animals and my work. Keeping my eye on what was actually true and lasting in my life, what really mattered, helped me to let go a little bit more from money. I then realized that it could never give me lasting happiness.

Problem: Comparing what I have to what others have

This problem started after college. Around that time, I noticed my peers advancing in jobs and acquiring toys and such. While I was struggling to pay off student loans, they seemed to be living the high life. I was not a covetous person, or so I thought, but what I was doing was coveting, and it was wrong.

The fix: Keep my eyes on my own game

I learned to repeat this mantra every time I was jealous or covetous of what someone else had. “It’s not yours; you don’t need it, you only want it, take care of what you have to first.” This helped me develop a better relationship with money, especially in light of a better understanding between wants and needs. That can’t be reinforced enough when you are trying to get back on track with money in a healthy way. Just because someone else has it, doesn’t mean you need it!

Come on, you need that right?

Wrong. Living in our consumer driven culture doesn’t help anyone create a positive and healthy relationship with money. We are pushed to buy, buy and buy. Be sure that you develop a good mechanism to fight off the cultural pressure or you will fall back into bad money habits. Resist the temptation to watch ads — just turn them off or get up and walk away from the television. Better yet, get rid of the television altogether (but that’s another story).

Here are a few more tips I have learned over the past 40 years when it comes to keeping money on a short leash, so she does not run me over: