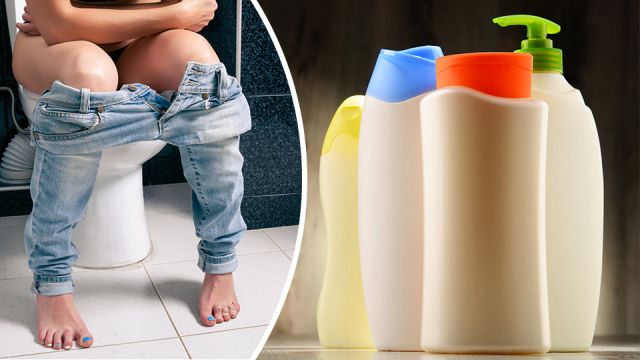 Toilet inequalities! You’re going for a hike and the male of the group can just face a tree to pee, whereas the women have to wade through at least 100 feet worth of trees and find a suitable hiding place to squat down. Other times, you might be out and about and need a public toilet, but it isn’t that clean. Peeing men have a no-touch option, but women don’t.

At the bus terminal, the cinema or the mall, the wait for the women’s bathroom takes twice as long. There are two big reasons behind that. First, women are more often expected to change diapers and take children to the toilet (even though both genders are capable of doing that). Second, women tend to need to go to the toilet a little more frequently than men.

But the other reason is that men’s toilets have urinals — packing in more peeing people into what tends to be the same amount of floor space. However, it doesn’t have to be that way. The way we pee and poo isn’t locked in. For most of history, humans have squatted to poo, for example (and it’s actually better for you that way). Likewise, women can pee standing up.

How to make a recycled pee chute

Given what this item is going to be used for, it probably isn’t too important that it have trendy branding and design. What’s more, we produce enough waste as it is, so why not get some strong scissors or some box cutters and make your own?

Zafra Miriam came up with this idea while working on a permaculture project without any toilet facilities. She suggests that all you need to do is to get a finished shampoo, moisturizer, or washing detergent container, or any container that is flat-oval shaped, rather than round, then cut it as in the diagram below:

Cut the smaller end off, as that’s where the pee will go out. If the edges are rough and could bother you, smooth the cut edges with some sandpaper — and you’re done!

How to use the pee chute

To use the pee-chute, you’ll need underwear that you can move to the side. Place it between your legs, with the closed end just behind your urethra. It barely needs to touch you, and shouldn’t be pressed too hard. Tilt the chute downwards (roughly 45 percent), and aim away. Miriam says you can use the back edge to “catch any drips” and then wash it off, or shake it and wash it off later.

If, for whatever reason, the DIY option isn’t for you, there are a range of commercial products out there that help women to pee standing up. The pStyle, for example, comes in five different colors, and has been recommended by a range of hikers and other women. You use it in just the same way as the DIY method. It doesn’t really have any advantages, to be honest, though the brand claims the plastic has just the right amount of rigidity and the surface texture is designed so that liquid flows quickly over it.

The GoGirl device also seems to be a popular option, though in my mind it has too many nooks and crannies to be easy to clean. The Whiz Freedom chute is squashable, and actually covered in the UK under NHS prescription.

How to pee standing up without a device

Another option is to go device free. This woman says that she pees standing up — at home, while hiking or while using public toilets. In fact, she once used a urinal, with no help at all. The strategy, she says, is to “hold the inner labia part so that you get everything out of the way of the pee stream. This is the reason why women have to use toilet paper to wipe when they pee sitting down. Their pee stream is being broken and hitting stuff in the way.” She then controls the pressure, lets the urine out, then uses her kegel muscles to stop the stream and prevent dribbling at the end.

I just had a go myself, and while I think I might need a few goes to get it just right, it certainly wasn’t as hard as we’re all made to think!

Whether or not you use a contraption, and even if you’re a person with a penis, there are ways you can use your urine:

Urine can fertilize your plants

While hiking, or in the privacy of your garden, you can use urine to help fertilize plants. Scientists in Finland found that a combination of urine and wood ash worked just as well as traditional mineral fertilizer. Full of nitrogen, potassium and phosphorus, urine is both great for plants, and poses no health risks (unlike feces).

Scientists use urine for heating

Scientists have studied a range of ways that urine can be harnessed for energy. Keio University in Japan has developed a dwelling that is heated by urine. While such inventions may not be very DIY just yet, it’s worth noting that something we’ve come to see as disgusting, actually has a range of uses.

In addition, four Nigerian teenage girls invented a generator powered by pee, with one liter of urine keeping the generator going for six hours. Though they made the invention from everyday materials and an old generator, again, this isn’t something you can quickly whip up at home. Still, the implications are massive for people around the globe without regular electricity access.

Urine is a great health indicator. Different colors and smells can be a symptom of dehydration (dark yellow to orange), liver problems or STDs. After you pee, always make sure to check and see what your urine looks like.

If you’re a woman, have you tried peeing standing up? How did it go?