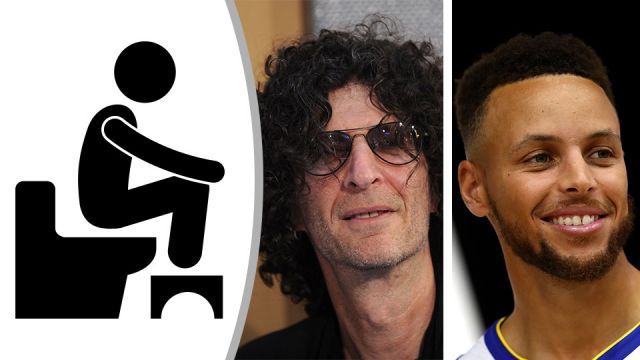 Oddly enough, in recent years, the most talked about bathroom accessory in American households has to be the “Squatty Potty”.

The products main goal is to “make your bad poops good, and your good poops great’, by helping the user sit in a way more suitable for the colon.

A demonstrator using the product:

Start squatting with the Squatty Potty toilet stool! It puts you in EXACTLY the correct position for fast, easy elim pic.twitter.com/GOrv1rOBnC

Their outlandish commercials of the now famous “magical unicorn” have gone viral.

The company claims that using their product, it will help the horrible feeling of constipation and will release pressure in your bowels.

While it is proven that a squatting position is more natural, as we have previously written about, the squatty potty makes it even easier because you can actually still sit on the toilet.

When you use the squatty potty, your body is forced to relax the puborectalis muscle, making it easier on your colon while handling your business.

Several very well known celebrities have come out to support the product, such as “king of all media” Howard Stern.

Went to napa for one single night, came home and @StephenCurry30 has placed squatty pottys all over the house. 🙈😩

In 2015, the company had sales up 600% at $15 million, which was not too surprising after their “magical unicorn” advertisement shown above went viral.

In a world with so much advertising, who would have thought that a magical unicorn going number two would draw so much attention?

Also noteworthy, according to the company, 70% of people who were introduced to the ad watched it entirely, which is shocking according to advertising statistics, especially for a two and a half minute long video.

Here are some shoppers proudly showing off their new accessory:

Get one & change ya life: https://t.co/PGnMZ7pXSn

So, I bought a Squatty Potty. So far, so good. It definitely helps get the extra toothpaste out of the tube. pic.twitter.com/fbhkPtKk0Z

And then you come home to find your buddy Zac Colwell ordered a “squatty potty” to your house. @squattypotty @FancyColorsBand ❤️🚽❤️ pic.twitter.com/W6fla1PU4p

Overall, the product seems like it isn’t necessary for everyone, but it sure looks like it can provide help to those in need.

What are your thoughts on the popular bathroom accessory? Have you used the product? Let us know!