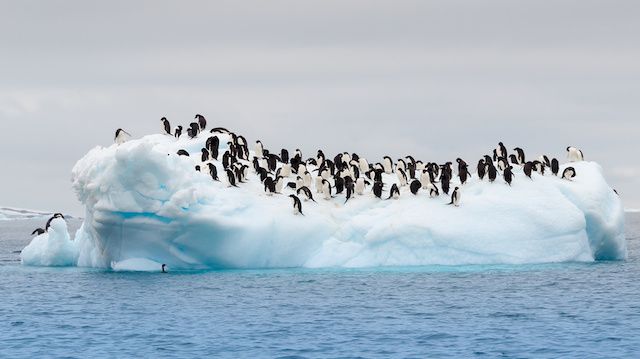 The effects of shifting weather patterns around the globe are far-reaching. Many aspects of our planet have been affected, and Earth’s inhabitants are suffering the consequences.

The latest news from Antarctica is deeply saddening: approximately 150,000 Adélie penguins have been reported dead, due to the grounding of a large iceberg.

The iceberg, labeled B09B, first grounded in 2010, in East Antarctica’s Commonwealth Bay. The grounding of this iceberg led to the Adélie penguin population of the area having to travel nearly 40 miles to find food. Between 2011 and 2013, the population of Adélie penguins in the Cape Denison area also fell by about 150,000.

According to the authors of a research paper recently published in the journal Antarctic Science:

“The Cape Denison population could be extirpated within 20 years unless B09B relocates or the now perennial fast ice within the bay breaks out.”

The researchers wrote that during the December 2013 census of the Adélie penguin population at Cape Denison, there were “hundreds of abandoned eggs.” They continued:

“The ones that we saw at Cape Denison were incredibly docile, lethargic, almost unaware of your existence… The ones that are surviving are clearly struggling. They can barely survive themselves, let alone hatch the next generation. We saw lots of dead birds on the ground… it’s just heartbreaking to see.”

“In contrast, an Adélie population on the eastern fringe of Commonwealth Bay just 8 km from the fast ice edge was thriving, indicating the arrival of B09B and fast ice expansion was probably responsible for the observed recent population decline.”

Because the sea ice in some parts of Antarctica is expanding, it makes some people question the impact of climate change in the area. As many of us know, sea ice in the Arctic is diminishing. Sea ice in some parts of Antarctica looks to be diminishing too, such as in the Totten Glacier. The western part of the ice sheet is thought by experts to be destabilized.

According to Guy Williams, an expert on Antarctica at the University of Tasmania:

“Far from discounting climate change in the Southern Hemisphere, the apparent paradox of Antarctic sea ice is telling us that it is real and that we are contributing to it.” 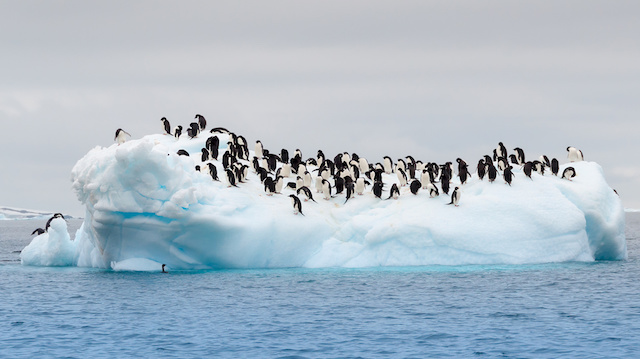 Eric Steig, a University of Washington glaciologist, adds that changes in wind patterns have a lot to do with the changes in Antarctica’s sea ice, and that the greenhouse gases emitted by humans into the atmosphere may be involved.

Kevin Trenberth, a climatologist with the National Center for Atmospheric Research, explains further:

“Antarctic sea ice is unrestricted in extent, unlike Arctic sea ice. As a result winds can blow it away from Antarctica and new ice forms in behind, but the ice then is very thin.  So increases in Antarctic sea ice do not equate with increased volume.”

Climate change is a serious threat to our planet, and the terrible fate of the Adélie penguins in Cape Denison is just, so to speak, the tip of the iceberg. Unless we as a planet do something to drastically reduce our greenhouse gas emissions, and our carbon footprint in general, soon we may have to suffer even more heartbreaking casualties.