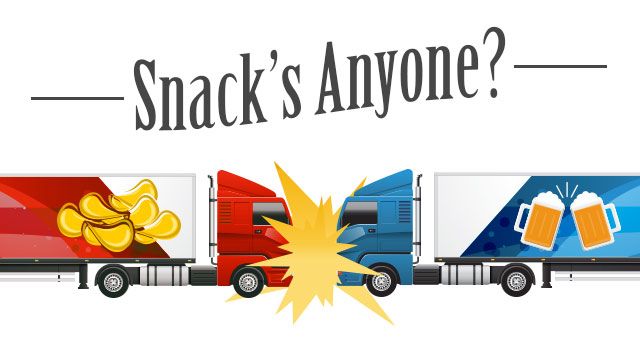 Beer and chips? This accident was every football fan’s favorite dream— all that was missing was a little guacamole.

Luckily, no was was injured when a Busch beer truck crashed into a Frito-Lay chip truck on Florida’s Interstate 95 in Brevard County. The smash occurred around 3:10 a.m. today, according to the Florida Highway Patrol.

The accident shut down all of the southbound lanes on I-95 for almost four hours. Every party host knows about massive clean ups after the big game, but this crash required a large scale clean-up crew to assist with this monstrous mess.

Sergeant Kim Montes told NBC News, “Neither driver was hurt, but you had Doritos and Busch beer all over I-95.” Montes also stated, “That’s like a Super Bowl commercial right there.”

Traffic is now open and flowing on all southbound I-95 lanes, except for the far right lane where the accident occurred.

What happened? The accident occurred when a Busch beer semi-tractor trailer traveling southbound on I-95 tried to change lanes from the right lane to the center lane. When starting the lane change, he had to swerve back into the right lane to miss another vehicle. 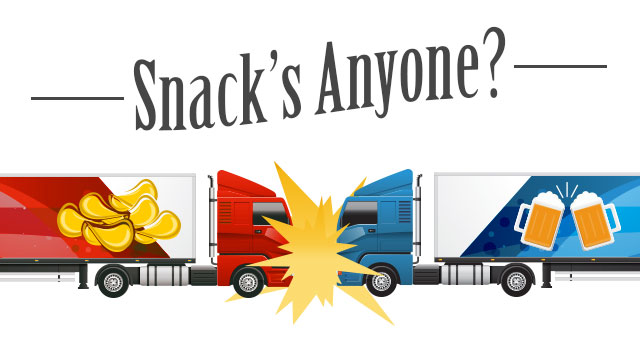 When the beer semi-tractor trailer pulled back into the right lane, he hit a Frito-Lay truck that had pulled over onto the right shoulder, due to possible vehicle problems. The force of the impact from the crash caused beer and chips to explode onto the interstate, blocking all lanes for several horns.

At this time, all lanes on southbound I-95 are open, except for the right lane closest to the accident site.

There have been similar interesting truck crashes in the past. For example, a Louisiana truck crash dumped 75,000 corn dogs onto Interstate 220 in March 2014. These fresh-fried dogs were a big hit with the locals who got some free (but rather unhealthy) eats.

Nikki Walsh is a freelance writer and mom of two kids living in Southern California. She holds an MBA in marketing from University of California, Irvine and a bachelor’s degree in Biochemistry from UCSD. She has been practicing Kelee meditation for 19 years. When she is not writing she can be found out and about having fun with her kids.