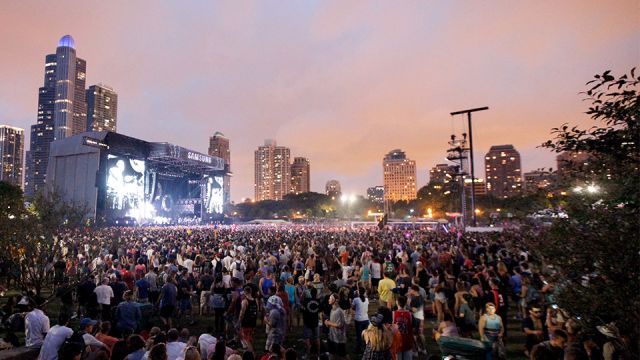 Las Vegas shooter Stephen Paddock reportedly booked multiple hotel rooms overlooking a music festival called Lollapalooza, which is annually hosted in downtown Chicago. The shooter had rooms booked at the Blackstone Hotel, which is located behind Grant Park, the main site of the music festival.

Even more shocking, the hotel has perfect views of all the stages and large main entrance area. Here is a picture of the potential vantage point the terrorist would have had from the 20th floor.

This is the view of Lollapalooza crowds Stephen Paddock would have had if he checked into his Chicago hotel room https://t.co/sVDqPFCSQd pic.twitter.com/8xWhoDCc8f

Had Steven Paddock carried out his attacks on Lalapalooza this would have been his view on the venue. Scary. pic.twitter.com/bznpgVcWHb

According to reports, Paddock requested any room “with a view” and the dates of his stay matched the dates of the festival, from August 3 to August 6. The reservation was made in late July, which suggests the killer was planning his attacks for months. However, Paddock never checked into the hotel and there is currently no evidence that supports he was in Chicago around those dates.

The venue attracts nearly 100,000 people per day and has musical acts with huge names such as Chance the Rapper, Blink 182 and The Killers. It should be noted that even President Obama’s daughter Malia was even in attendance at Lollapalooza.

In comparison, around 22,000 were at the Route 91 Country music festival when the terrorist began his attack.

We are aware of recent media reports concerning Chicago and the Blackstone hotel. Statement below: pic.twitter.com/IuI3otUYgc

The Las Vegas shooting could change outdoor concert venues forever going forward, as many are considering new measures such as putting up more barriers to protect concertgoers from outside attacks. Some also suggest putting up more banners or other obstructions to block the view from high vantage points.