It is common practice to communicate through body language. Gestures and hand motions are the unofficial “second language” of every culture. As children, we learn to interpret this silent communication and begin to use it ourselves throughout our lives.

But, like every language is different, many gestures are not the same in different countries. So, if you plan on visiting a foreign country, then it might be wise to learn a few common hand gestures that have almost opposite meanings in other cultures.

After all, you wouldn’t want to offend anyone by accidentally “flipping the bird” instead of saying “peace out.”

V is for victory

Well, not quite. In England and Australia, the way your palm is facing means everything – at least with the “peace out” symbol. If your palm is facing toward you, all is well. You are either proclaiming “Victory!” (perhaps after a sports event), or you are nonverbally communicating the equivalent of “peace out dude.”

However, it’s very easy to go wrong with this gesture. If your palm is turned outward, towards the offending party, it’s the English and Australian version of sticking out your middle finger. So, unless you really don’t want someone to “peace out,” make sure your palm stays toward your face.

“Do you want another piece of pie?” If your mouth was full of your previous piece, then you might nod your head in agreement, indicating that, yes, you absolutely want another. However, in some cultures, like parts of Greece, Yugoslavia, Bulgaria and Turkey, nodding your head would mean “no,” and you’d never get your second slice.

Even though it seems like it would be easier to pass people things with just one hand, in Japan it would be considered dismissive to not use two. It is polite and expected to present things in Japan with two hands. This culturally indicates that the receiver of the item is garnering your full attention and respect. 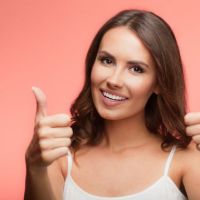 While you might think it’s a good idea to communicate your agreement through a “thumbs up” when faced with a language barrier, in Thailand, it’s not the best plan. This hand motion, which is second nature to many Americans, is Thailands version of sticking out your tongue. Therefore, a very childish gesture that will undoubtedly cause confusion and misunderstanding.

Talk to the hand

Displaying your palms in North America could mean “stop” or “calm down,” but be careful while you’re visiting Greece. This placating gesture is considered very rude and offensive.

Or not ok. While it’s not a very common hand motion in North America, making a circle with your thumb and forefinger usually just means “fine” or “good.” If you happen to be a scuba diver, you would use this motion to indicate that there are no problems.

Conversely, in France, this gesture means the opposite of good. It could mean that someone or something is worthless (or “zero”). While it may be tempting to use this exaggerated hand gesture, avoid it in France. Unless, of course, you really do want to insult something.