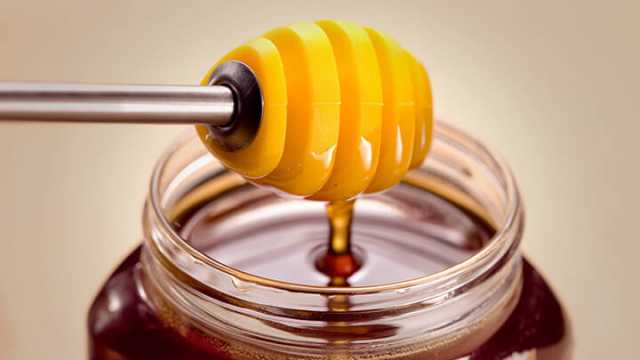 If you’ve ever had a jar of manuka honey in your pantry, you may have noticed that it never goes bad. Sure, it may harden or crystallize, but it doesn’t actually rot or expire. This is because honey is antimicrobial, a property that makes it extremely useful for wound care.

In ancient Egypt and ancient Greece, raw honey was often used to treat cuts, burns and other wounds. Honey dressings were also commonly used to treat the wounds of soldiers during the Civil War. While these are age-old examples, the ability of raw, unprocessed honey to treat infectious wounds still applies today.

It’s not just anecdotal evidence. There is a great deal of research available in support of using honey for many types of wounds and to kill a variety of infectious microorganisms. The following are just a few examples taken from a large and ever-growing body of research. 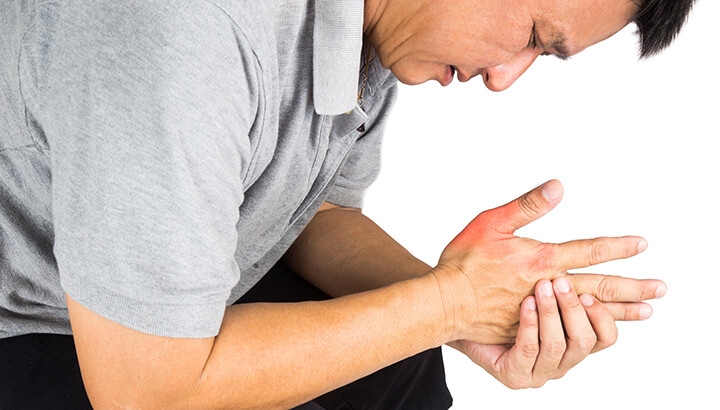 For a 1998 study published in the journal Burns, researchers compared the effectiveness of honey against silver sulfadiazine (SSD) in the treatment of “fresh partial thickness burns.” In this small study, the researchers found that honey was superior to the SSD in treating these types of burns. Specifically, the authors explained:

Based on this experiment, the study authors concluded:

In 1999, a study published in the European Journal of Medical Research tested the effects of “crude undiluted honey” on the post-surgical wounds of 50 patients. These patients had infected wounds following abdominal hysterectomies or caesarean sections (c-sections). For this study, both the control group and the study group were given antibiotics, but the wounds of the study group were treated with honey, while the wounds of the control group were treated with local antiseptics.

On their results, the study authors determined:

“We concluded that topical application of crude undiluted honey could (1) [lead to] faster eradication of bacterial infections, (2) reduce period of antibiotic use and hospital stay, (3) accelerate wound healing, (4) prevent wound dehiscence [rupture] and need for re-suturing and (5) result in minimal scar formation.”

In 2002, the authors of a study published in the Journal of Wound, Ostomy and Continence Nursing wrote:

“Many studies have demonstrated that honey has antibacterial activity in vitro, and a small number of clinical case studies have shown that application of honey to severely infected cutaneous wounds is capable of clearing infection from the wound and improving tissue healing. The physicochemical properties (e.g., osmotic effects and pH) of honey also aid in its antibacterial actions. Research has also indicated that honey may possess anti-inflammatory activity and stimulate immune responses within a wound. The overall effect is to reduce infection and to enhance wound healing in burns, ulcers and other cutaneous wounds.”

This study points to honey as a go-to salve for a large variety of wounds. If it’s on the skin and needs to heal, honey can very likely help.

Honey and wound care in general

In a 2006 study published in the International Journal of Lower Extremity Wounds, the authors summarized:

“Positive findings on honey in wound care have been reported from 17 randomized controlled trials involving a total of 1,965 participants, and five clinical trials of other forms involving 97 participants treated with honey. The effectiveness of honey in assisting wound healing has also been demonstrated in 16 trials on a total of 533 wounds on experimental animals. There is also a large amount of evidence in the form of case studies that have been reported. It has been shown to give good results on a very wide range of types of wound.”

“It is mystifying that there appears to be a lack of universal acceptance of honey as a wound dressing.”

I completely agree: it is mystifying. While the use of honey for wound care is catching on in modern medicine, this completely natural substance with no negative side effects should be utilized far more for this well-researched purpose. 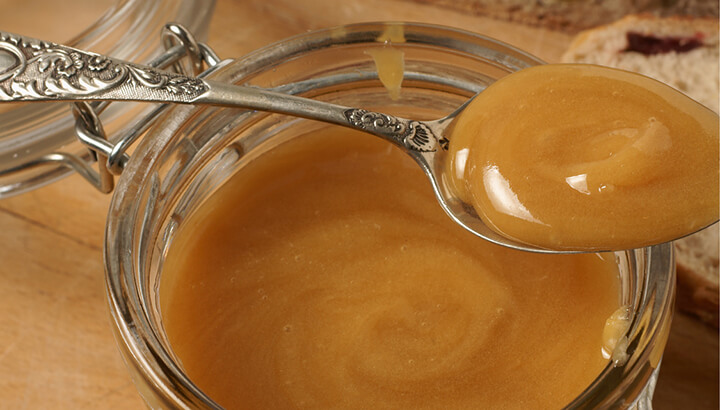 When choosing a healing honey (or a honey to eat, for that matter), go for a raw, unprocessed variety. Those smooth, homogenous honeys that you often find in bear-shaped jars have had many of their benefits processed out. If you have a source for raw, local honey, choose that. You’ll be supporting your community and avoiding factory-processed honey imposters.

All raw honeys are good for you — unless, of course, they contain pesticides or added chemicals). However, there is a “champion honey” that stands above the rest in terms of antimicrobial benefits. The honey in question is manuka honey. It is made by bees in manuka trees (Leptospermum scoparium). These trees grow in certain areas of Australia and New Zealand.

What makes manuka honey so special? The trees themselves produce powerful antimicrobial and antifungal compounds. These compounds are introduced to the local honeybees when they take nectar from the manuka tree flowers. The bees also introduce an enzyme called glucose oxidase into manuka honey. This enzyme aids in the antibacterial properties of this honey.

The following are just a few examples of the research on manuka honey:

On manuka honey, the authors of a 1992 study published in the Journal of Applied Microbiology wrote:

“Both honey and sugar are used with good effect as dressings for wounds and ulcers. The good control of infection is attributed to the high osmolarity. But honey can have additional antibacterial activity because of its content of hydrogen peroxide and unidentified substances from certain floral sources. Manuka honey is known to have a high level of the latter.”

Researchers involved in this study found that manuka honey was able to inhibit the growth of Staphylococcus aureus bacteria at a lower concentration than another type of honey.

After testing the effects of pasture honey and manuka honey on 58 strains of Staphylococcus aureus bacteria, researchers also found that the manuka honey was effective at a lower concentration. The authors of a 1999 study published in the Journal of the Royal Society of Medicine wrote:

“The antibacterial action of the pasture honey relied on the release of hydrogen peroxide, which in vivo [within a living organism] might be reduced by catalase activity in tissues or blood. The action of manuka honey stems partly from a phytochemical component. This type of honey might be more effective in vivo.”

In a 2001 study published in the Journal of Dermatological Treatment, researchers tested the effects of manuka honey topically applied to an MRSA-infected leg ulcer in an immunocompromised patient. The researchers found that in combination with hydroxyurea and cyclosporin, “MRSA was eradicated from the ulcer and rapid healing was successfully achieved.”

Based on their study, the researchers concluded:

“Honey is recognized to have antibacterial properties and can also promote effective wound healing. A traditional therapy, therefore, appears to have enormous potential in solving new problems.”

In a 2008 study published in the British Journal of Oral and Maxillofacial Surgery, researchers stated:

“The battle against methicillin-resistant Staphylococcus aureus (MRSA) wound infection is becoming more difficult as drug resistance is widespread and the incidence of MRSA in the community increases. Manuka honey dressing has long been available as a non-antibiotic treatment in the management of chronic wound infections. We have been using honey-impregnated dressings successfully in our wound care clinic and on the maxillofacial ward for over a year.”

When purchasing a jar of manuka honey, be sure to buy from a reputable source. Also, make sure it has a UMF (unique manuka factor) rating of five or more. Honeys with this rating are licensed with the Unique Manuka Factory Honey Association, which monitors them for quality and potency. If you’re going with manuka, be sure to buy the best.

What else can honey do? 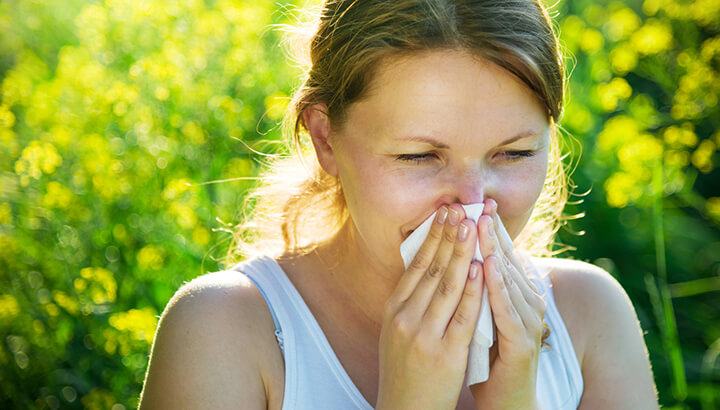 Along with being a leading natural contender for wound care, raw honey can also:

What kind of honey is in your pantry? Make sure it’s the real thing — it has the power to heal!

Click Here To Learn How Honey Can Heal Your Body