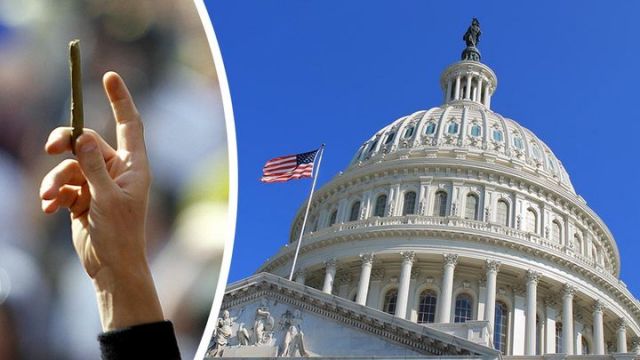 If marijuana were a candidate, then it would have been declared the winner by a landslide on Tuesday night. That’s because the outcomes in the 2017 November election were a clear indication that cannabis reform is sweeping the country. Here’s a breakdown of the key results and what it means for the cause going forward.

Marijuana has grassroots support (and champions in high places)

Weed’s biggest win on election night was in the state of New Jersey where Phil Murphy (D) triumphed over Kim Guadagno (R). The governor-elect has been an outspoken proponent of legalizing marijuana for recreational purposes in the Garden State, a move that he contends would eliminate racial sentencing disparities that have disproportionally hurt minority communities.

Murphy was outspoken during his victory speech regarding the relationship between reform and social justice when he said that “The criminalization of marijuana has only served to clog our courts and cloud people’s futures, so we will legalize marijuana.” Undoubtedly, he was referring to racial injustices like the following (which the ACLU called attention to in a recent Tweet):

NJ's marijuana arrests are a civil rights crisis. Despite similar usage, Blacks arrested at 3x the rate of whites. https://t.co/s79kZSK40Q

The governor-elected also touted the economic benefits of allowing recreational marijuana. Pointing to the successes of states like Colorado and Washington, which have both reaped a windfall in tax revenue by legalizing weed, Murphy argues that NJ stands to gain $300 million by permitting pot sales. He intends on using that money to fund educational initiatives and shore up an ailing pension system.

Murphy’s election represents a remarkable reversal. Under current law, pot possession in NJ of even small amounts can result in a 6- month jail sentence and a fine of up to $1,000. However, according to recent polls, New Jersey residents support legalizing pot by almost 2 to 1. Murphy has vowed to sign a bill legalizing recreational marijuana within his first 100 days.

Marijuana also won big in other parts of the country. One of the most decisive victories came in the state of Virginia where Ralph Northam (D) defeated Ed Gillespie (R).

In fact, Virginia’s new governor-elect made decriminalization one of the centerpieces of his campaign. He wrote in a blog post, for instance, about the “need to change sentencing laws that disproportionately hurt people of color. One of the best ways to do this is to decriminalize marijuana.”

Northam also supports medical marijuana and he’s a big advocate for rescheduling the drug on the federal level as the following tweet shows:

As Haley's doctor, Ralph knew that access to medical marijuana was one of her best chances at a better life. pic.twitter.com/03WaKSYWLc

Marijuana gains momentum in the Midwest

There were other important election day developments too. Voters in the college town of Athens, Ohio, decided overwhelming (by almost four to one) to eliminate local fines and penalties for growing and possessing small amounts of marijuana.

This move follows successful efforts in other Ohio towns and cities to effectively decriminalize marijuana locally. Cannabis experts say this development will put pressure on Ohio lawmakers to end the state’s prohibition against marijuana in the near future. Also in the Midwest, reformers say it is almost inevitable that full legalization legislation will be on the ballot in Michigan in 2018 (where the prospects for passing it look good).

In another pro-pot development, voters in Philadelphia elected Lawrence Krasner to serve as the city’s top prosecutor. Krasner has been a champion of cannabis reform and he had this to say recently about his priorities:

“One of the things we see in other jurisdictions is that, where marijuana is readily available, there’s a 25 percent reduction in opiate/opioid overdose deaths. So if Philadelphia is looking at 500 opiate/opioid overdose deaths a year, a district attorney, by choosing not to enforce against marijuana usage, can potentially save 125 lives. That’s what a district attorney should exercise his or her discretion to do.”

Heady days to be a pot activist

Marijuana reformers are undoubtedly euphoric after Tuesday’s results. Going forward, observers expect New Jersey to be racing Vermont to be the next state to legalize cannabis recreationally. Rhode Island and Michigan may not be far behind. As the election dust settles, it is increasingly clear that cannabis has growing grassroots appeal.