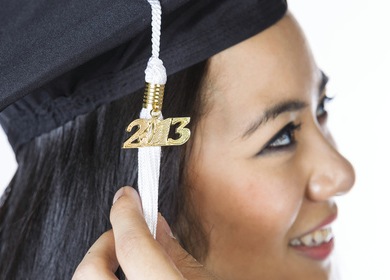 Can meditation help with a student’s academic performance? New studies show that it absolutely can.

Research published in this month’s issue of Education displays that high school students who practiced the Transcendental Meditation® technique had higher graduation rates.

The study, led by associate professor Robert D. Colbert of the University of Connecticut, analyzed school records at an urban East Coast high school, where some groups of students were taught Transcendental Meditation® techniques, and others, signified as a control group, were not. The analysis showed that the meditating group had a 15 percent higher rate of graduation.

In a further analysis of only the students with low academic performance, researchers found that 25 percent more of the students in this subgroup who meditated proceeded to graduation.

The Transcendental Meditation® technique that these students learned is a type of meditation taught by the Maharishi Foundation, USA, a non-profit educational organization. The technique is practiced for 20 minutes twice a day, while sitting with eyes closed in a comfortable position.

Professor Colbert comments, “students need to be provided with value-added educational programs that can provide opportunities for school success. Our study investigated one such program, Transcendental Meditation®, which appears to hold tremendous promise for enriching the lives of our nation’s students.”

Sanford Nidich, professor of education at Maharishi University of Management and co-author of the study, adds, “the largest effect was found in the most academically challenged students. Recently published research on increased academic achievement and reduced psychological stress in urban school students may provide possible mechanisms for the higher graduation rates found in this study.”

Recent statistics show that only 69 percent of students in the United States graduate from high school. Further studies harnessing the Transcendental Meditation® technique are being planned, to see if this rate can be increased through the power of meditation.

Another study published earlier this year in the journal Mindfulness found that practicing meditation led students at a California university to achieve higher quiz scores. In this study, students who followed instructions in basic meditation before a lecture scored better on a quiz than those who did not receive meditation instruction. 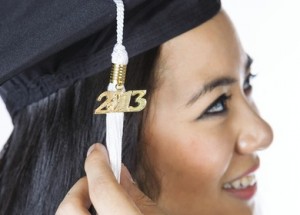 These studies of meditation and academic performance show the positive effect of this practice, adding to the plethora of reasons for physical and mental health as to why even a few moments of meditation each day are definitely worthwhile.