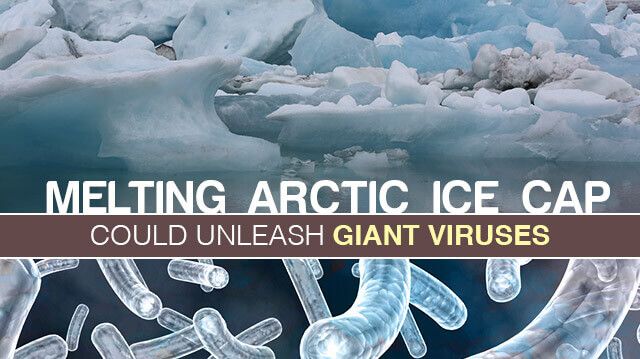 We can barely call the melting of the polar ice caps breaking news. We’ve all heard about it, seen it on TV, and maybe read about it in scientific magazines. Our politicians are even using the polar ice melt to win elections. Some scientists predict that a rise in sea levels can be potentially dangerous to those of us living on the coast, while others are still a little hesitant with their predictions.

A new discovery, however, has scientists really concerned for what the future holds. Recently, French scientists, led by Jean-Michel Claverie and Chantal Abergel, evolutionary biologists from the University of Aix-Marseille, have announced the discovery of a “giant virus” inside a 30,000-year-old piece of permafrost from Siberia.

Scientists consider a virus to be a “giant virus” when it is longer than half a micron or 0.00002 of an inch. This newly found virus, called the Mollivirus sibericum is 0.6 microns long and has over 500 genes. In comparison, the influenza virus has only two genes, and the HIV virus has only 12 genes. What’s even more disconcerting is that this ancient pathogen is still infective. This was confirmed when the scientists infected Acanthamoeba, a single-celled microscopic animal, with the virus. Additionally, this is the second giant virus found in the past two years; the first one, called the Pandoravirus had up to 2,500 genes.

So, what does this mean for us? We can’t say for sure, but we know that the industrialization of the area could prove catastrophic in more ways than one. Firstly, these viruses aren’t only giant, they also are much hardier than a normal virus. They’ve survived 30,000 years and are still capable of causing infection. That tells us a little bit about how powerful these viruses really are. 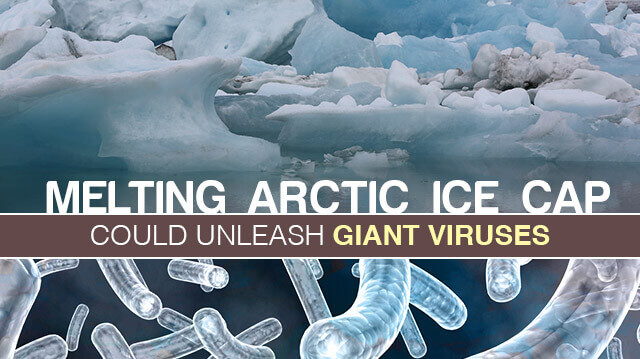 Edward Mocarski, a professor of microbiology at Emory University thinks there is a relatively small risk of such a virus infecting humans. However, the French scientists remain suspicious. “The fact that we might catch a viral infection from a long-extinct Neanderthal individual is a good demonstration that the notion that a virus could be ‘eradicated’ from the planet is plain wrong and gives us a false sense of security,” said Claverie and Abergel.

They stress the fact that it is impossible to completely eradicate a virus from the face of the Earth. Digging and drilling for oil or other resources will certainly increase the possibility of unearthing viruses from thousands, if not millions, of years ago.

Scientists may not agree entirely about the potential dangers of these viruses. However, the French scientists who found this latest virus argue that it is now time to further investigate so they can understand how real such a risk truly is.

In the meantime, we can sit back and relax — and someone will more than likely write a thriller about killer viruses that take out all of mankind!