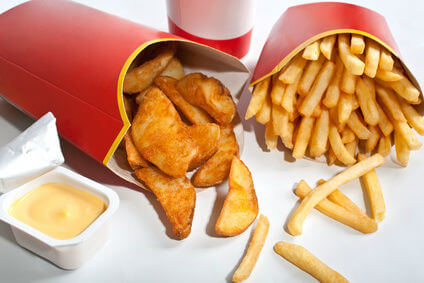 In Mexico, the average citizen is said to drink about 43 gallons of soda each year, or 40% more than the average American, which ranks the nation as the largest consumer of soft drinks in the world, according to the World Health Organization.

Almost one-third of its citizens are obese and 70% are overweight, prompting lawmakers to approve the new taxes on sugar-packed beverages and junk foods in order to help curb unhealthy consumption habits.

On October 31, Mexico’s Congress was said to have approved a tax of one peso per liter, or about 8 cents, on soda and an 8 percent sales tax on high-calorie foods such as sweets, potato chips and cereal.

The soft drink and food industries were said to have lobbied “heavily to defeat the plan,” but lawmakers felt it was necessary to help reduce rising obesity rates as well as diabetes while also raising revenue.

The president of Mexico’s National Institute of Medicine remarked, “Never before has any civilization faced an epidemic that didn’t involve an infectious disease. Today, this situation is not only unprecedented, but a threat to the nation’s future.”

However, what the company likely hopes consumers will forget is that artificial sweeteners and other harmful ingredients that often go into these types of drinks aren’t any better than those that are loaded with sugar.

Would a similar tax in the U.S. work to help decrease obesity rates?

We have already seen that taxes on tobacco and alcohol are, and have been, extremely effective in improving public health. Money talks, and there has been a clear connection between rising prices and decreased tobacco consumption.

Because we don’t have evidence that a tax on sugary foods and bad fats would affect consumption, it is still debatable but well-worth at least a trial effort. Some say that it won’t work because junk foods “aren’t addictive” like cigarettes or alcohol, but evidence has shown otherwise.

Studies have revealed that giving up junk food can be as difficult as kicking a cocaine or heroin addiction. High sugar snacks activate areas of the brain that are also stimulated by hard drugs such as these. Sugar, salt and fat are the top three substances that make processed foods so addictive.

The additional revenue raised from a junk food tax could be used to further improve public health including such things as subsidizing care for the uninsured or promoting increased physical activity and better nutrition within the population.

Of course, it’s important for us all to be our own health advocate, but sometimes a financial incentive can give us the push we need to make a better decision.

Would a premium on junk foods deter you from making poor food choices?