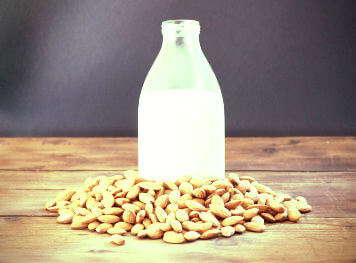 Don’t care for cow’s milk? Here are 4 popular alternatives to consider. We have covered the pros and cons of each so that you can make an informed decision.

You’re sure to get a nutritional bang for your buck with almond milk. Soy, dairy and gluten-free, almond milk is high in omega 3’s, essential vitamins and minerals including selenium, manganese and 50% of your daily value of Vitamin E per eight-ounce serving. It also has no cholesterol or saturated fat.

Almond milk is not particularly high in protein (only 1 gram in 8 ounces) nor is it high in calcium due to the processing of the nuts during production. However, some brands make up for these lacking nutrients via fortification.

Consider the problem of added sugars when purchasing almond milk. Unsweetened versions are a great low-calorie option with only 40 calories per serving. The calorie count goes up when sweeteners are added for the vanilla and chocolate flavors.

Almond milk is slightly thin with a nutty flavor but works well as a milk substitute in recipes.

For those with nut or dairy allergies, rice milk is an alternative, though it isn’t for everyone. Rice milk is a great source of many of the nutrients found in rice bran such as iron, copper and magnesium, which helps control blood pressure.

Where rice milk lacks is in its low protein and calcium content, though most brands do fortify. It’s also very high in carbohydrates, containing a whopping 33 grams per serving, which makes it unsuitable for diabetics or those watching their carbohydrate intake. Another thing to watch out for is that while some brands are gluten-free, Rice Dream is processed using barley enzymes, making it not a 100% gluten-free beverage.

As for flavor, it’s a bit watery yet has a sweet flavor and is a suitable baking replacement for dairy milk.

A newer milk alternative on the market is Hemp milk. High in omega 3’s, this vegan beverage is also high in metabolism-boosting Riboflavin (48% of the daily recommended amount in one cup) and is often fortified with other nutrients like calcium, magnesium and phosphorus. It also has more protein (about 4 grams) per serving than other alternatives, though individual brands differ.

Hemp milk is high in fat. Although it’s high in the good fat (poly-unsaturated), it’s still a concern for those limiting fat and calorie intake.

Hemp milk is rich and creamy with a taste described as “earthy.” It has a tendency to separate, making it not an ideal baking and cooking substitute. 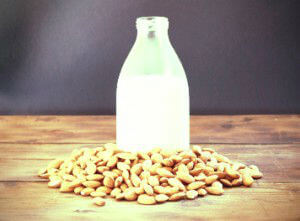 Another vegan-friendly option is coconut milk. High in plant-based energy-burning medium and short-chained fatty acids, coconut milk is also high in lauric acid, which researchers believe contain anti-viral and anti-bacterial properties. And most brands fortify with calcium and Vitamins A, D and B12.

Coconut milk is high in saturated fat (5 grams per serving) which as we have noted in other articles, is good for you, contrary to what many believe and is commonly communicated.