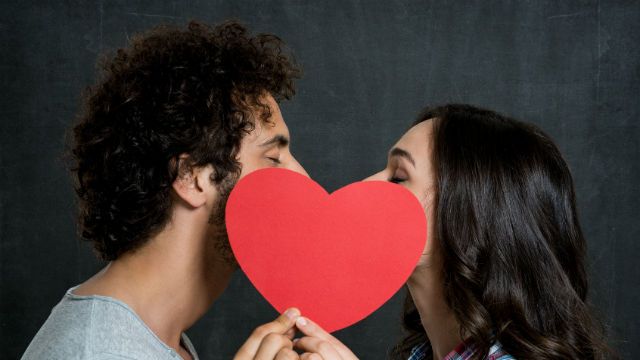 It looks like you really can get cooties from kissing. In a new study published in the American scientific journal, Microbiome, researchers from the Netherlands have concluded that couples who French kiss share millions of bacteria – and that the more often they kiss, the more similar their saliva becomes.

The research team looked at 21 couples and measured how many microbes they exchanged while kissing, discovering that approximately 80 million bacteria are transferred during a 10-second kiss.

Principal scientist with Netherlands Organisation for Applied Scientific Research, Reco Kort, who collaborated with Amsterdam’s Micropia Museum for the study, said, “in a single kiss of ten seconds, 80 million bacteria are transferred – on average – from one person to the other.”

Initially, researchers asked the couples to fill out questionnaires on their kissing behavior, including their average intimate kiss frequency. They then took swab samples to investigate the composition of the oral microbiota on their tongues and in their saliva.

In a controlled kissing experiment, which allowed scientists to make an estimate of how many bacteria were transferred from one person to another, one partner had to drink a probiotic, yogurt-type solution containing specific varieties of bacteria, such as Lactobacillus and Bifidobacteria, which aren’t naturally found in the mouth. After an intimate, ten-second kiss, the researchers found that the quantity of probiotic bacteria in the receiver’s saliva rose threefold, and arrived at the total of 80 million bacteria transferred in a 10-second kiss.

The study also revealed that in addition to French-kissing couples’ saliva appearing to be the same, the bacteria on the tongues of the couples became more similar, compared to samples from random people. The study conclusions also cite other factors, like couples sharing the same diet or toothpaste, that can affect the bacteria composition. Kort said that a significant difference in height between French-kissing partners can result in an even greater exchange of saliva, which trends downward, to the shorter participant.

In a separate but interesting finding, the male participants said they kissed their partners an average of 10 times a day, while the women recalled kissing only five times a day. The researchers concluded that the men were most likely exaggerating the frequency of their romantic encounters.

One male volunteer reportedly even said he averaged 50 intimate kisses per day, but the researchers declared his estimate “unrealistically high” – and, his partner said they kissed only eight times per day.