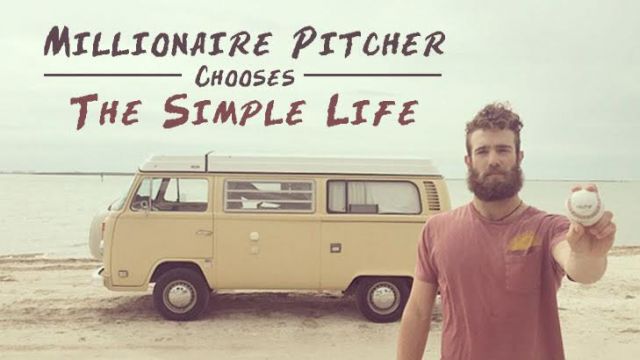 What would you do if you suddenly became very wealthy? How would your life change, how would you change? Would you set out to help as many people as you could with your newfound fortune; would you pay off that load of debt weighing you down; would you buy a new car, new house, new clothes?

As Richard M. DeVos, cofounder of Amway, said, “Money cannot buy peace of mind. It cannot heal ruptured relationships, or build meaning into life that has none.” What happens to most people when they come into a lot of money is that they become someone they are not, they attach meaning, worth, success or security to their money, but they end up unhappier than ever because money is not the solution to a successful or happy life.

What makes for happiness and success is understanding how to be happy with little. How to creatively structure your life so that money is not the focal point. How to enjoy the “free” things in life like an approaching storm, a herd of elk feasting in a valley, a cup of warm tea and a chat with a friend, kittens playing in the grass, the sound of waves crashing against the rocks, or the babble of a stream as it meanders its way down a mountainside.

I have met many people in my personal and professional life who would wage their success on their company revenue or size of their bank account. The problem with this is that you never actually arrive. You always keep striving for more and more, and there really is no end and no complacency.

Don’t get me wrong: hard work, learning and growing are all very admirable ambitions. However, when money is the drive it will ultimately leave you feeling empty and unsatisfied. Money is not a solid anchor in life and certainly not one to hang your happiness hat on. This is just my two cents’ worth on the subject!

I am always amazed and wonderfully refreshed when I come across a story of someone who is insanely wealthy yet chooses to live like they always lived before money entered their life. A colleague of mine sent me a quick video the other day on one such young man named Daniel Norris. He knows me well enough to know that I would find this story both interesting and inspiring. He was right!

If you have never heard of him, Norris is a very talented young baseball pitcher who received a $2 million signing bonus in 2011 when he was snatched by the Toronto Blue Jays at just 18 years old.

While most other young men would have taken off out of the gate, spending a great deal of money on potentially frivolous things, Norris simply wanted a 1978 Volkswagen Westfalia microbus. He purchased “Shaggy,” the same type of microbus made famous in the infamous Scooby-Doo cartoon. Norris called this his dream car.

Norris, who grew up having to “make do,” feels so comfortable and content with this type of lifestyle that he decided not to let money change him or how he lives at all. In fact, during the off-season he lives in his van and travels from the beach to the mountains and everywhere in between, enjoying the “free” things in life. He loves photography, nature, surfing, exploring and, of course, baseball. He loves the simplicity that his lifestyle avails.

“I think the simplicity of it all was the most appealing,” he added. “I grew up with a simple lifestyle, and I knew going into professional baseball that would be tested. In my mind there’s no need for luxury, or at least society’s sense of the word.”

He has all he needs in his van to live the simple life he so desires. Norris hails from Johnson City, Tennessee, where his dad owns a mountain bike shop that has been in the family for over 80 years. He spent his childhood years hiking, biking and playing football, basketball and baseball. He learned how to enjoy simplicity and solved problems on his own. He was content with himself alone — something that most people who have lived a while can’t relate to.

“I still cook my own meals, I have a kitchen — it’s a little fuel-powered stove and I’ve got a couple pots and pans — and it works pretty well,” he told Baseball America. “I enjoy it. The way I grew up, my dad owned a mountain bike shop and that’s really it, so we had to learn to take care of yourself and be sustainable with what you have.”

Daniel shares his life in “Shaggy” with others through social media and makes no attempt to hide the fact that he is a devout Christian. He says that although baseball is his life, God always comes first.

His peace and his happiness come from knowing Christ and this anchors him to reality. In Philippians 4:12, Paul says this, “I know how to be brought low, and I know how to abound. In any and every circumstance, I have learned the secret of facing plenty and hunger, abundance and need.” Norris gets this, and despite having more money than most of us can fathom, he lives on just $800 a month and is really happy.

Norris says he lives his life in search of three things:

In an interview with ESPN, Norris was asked why he chooses to continue to live in such a conservative manner. His response: “Who am I to deserve that? What have I really done?” He has also said, “I’m actually more comfortable being kind of poor.”

In October of 2015, Norris announced on his Instagram that he had been diagnosed with thyroid cancer. He had continued to play baseball, with his physician’s consent and had successful surgery to remove the malignant growth from his thyroid after the season was over. And an impressive season it was. Norris finished 2015 (playing with both Toronto and Detroit) with a 3-2 record in 13 starts, while earning a 3.75 ERA and 45 strikeouts in 60 innings.

Norris continues to make a name for himself in baseball playing with the Detroit Tigers, and he still enjoys the off-season roaming the country in “Shaggy,” exploring, taking amazing pictures and being at peace with the best things in life — the free things. He is an inspiration both on and off the field and someone who knows the true meaning of both success and happiness.

Norris finds his ground in something bigger than himself and knows that God, unlike money, will never leave or forsake him. This is where his true peace is found.

Where do you find your true peace and happiness?