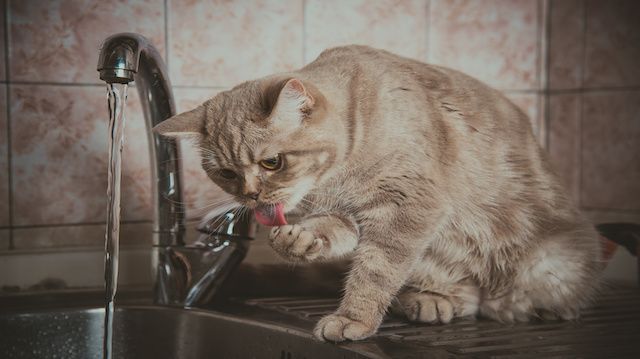 For the people of Flint, tainted water has created a nightmare that just won’t seem to quit. During a state of financial emergency, in order to save money, the water supply was switched from Lake Huron to the Flint River. Due to corrosion, lead leached from pipes into the drinking water, resulting in significant consequences.

Many people across the country were outraged, including Flint native Michael Moore, an American filmmaker and author known for his controversial documentaries. Just recently, he spoke out on Real Time with Bill Maher, having some interesting things to say on the matter.

After this incident occurred, residents began to struggle with the most basic aspects of everyday life — fearing for their safety. Now their four-legged friends have been exposed to lead toxicity. Hundreds of dogs are now being tested in order to determine just how great the effects have been on pets.

Article: Flint — A Failure Of Government Or The Cost Of Bankruptcy?

We know that many people were affected by this water crisis, but now it’s becoming apparent that pets were exposed for months before this incident was declared an emergency. How will this affect pets long-term? Is there anything that can be done to reverse the effects?

Pet health in Flint is not being ignored

Until now, human health has been the main concern, and rightfully so. With so many pets living in Flint, both the city and the owners wanted to ensure that their health wasn’t being ignored either. After all, research has shown that lead toxicity in dogs can result in serious health consequences.

Within veterinary medicine, lead poisoning is most common among cattle and dogs, mainly due to accessibility. Dogs are generally under a year old, as they eat sources such as paint, grease or linoleum. In this case, no one expected their drinking water to be the core cause.

At Michigan State University, technicians, students and professors are volunteering to draw blood from dogs. So far, 266 dogs have been tested, with seven confirmed cases of lead poisoning. Symptoms may show in a number of ways, including gastrointestinal issues, weakness, tremors and, in extreme cases, seizures.

It is believed that confirmed cases would have been documented sooner if this area was not such a low-income city. Any visit to the veterinarian is expensive, with lead treatment ranging from $500 to nearly $6,800. Considering the average household income in Flint is $39,000, residents often struggle.

Due to a lack of disposable income, toxicity in pets was not being reported. Once this heavy metal is inhaled or ingested, the lead takes the place of essential zinc and calcium in the body, causing toxicity. As these minerals deplete, symptoms involving the gastrointestinal tract and central nervous system become apparent.

Since lead poisoning is life-threatening, immediate attention is required. For the residents of Michigan, if any pet owners believe that their pets were exposed to tainted water, they should seek the voluntary veterinary care available at this time. Although the effects on cats is also a key concern, testing them can be more difficult — simply based on their behavior.

The effects of lead toxicity — what can be done?

Although acute poisoning is more common, resulting in a large, one-time ingestion of lead, especially among puppies, the crisis in Flint has resulted in chronic toxicity, due to repeated exposure. In turn, owners and veterinarians are concerned that lead has accumulated in Flint pets.

On a positive note, if found in time, lead poisoning can be treated. The available options will depend on the amount of exposure, as well as the length of time between initial exposure and treatment. Since pets in Flint were potentially exposed for an extended period of time, chelation therapy may be required.

This therapy refers to binding one substance to another, as various agents can be used to remove lead from the body. Once lead becomes bound to agents such as thiamine, it will no longer act as a toxin and can then be excreted via the kidneys. Other medications or treatments may also be suggested in order to treat other specific symptoms.

For now, in terms of water consumption, pets should be treated just as the people of Flint. These animals should be given filtered or bottled water, while ensuring that toilet water is not accessible. Due to future plans, including water-bill rates that are projected to double in Flint over the course of the next five years, this is most certainly not the last you’ll hear of the Michigan water crisis.

Do you have a personal experience regarding lead toxicity and a pet? If so, what was your experience? Please share below in order to help others who are currently in a similar situation.