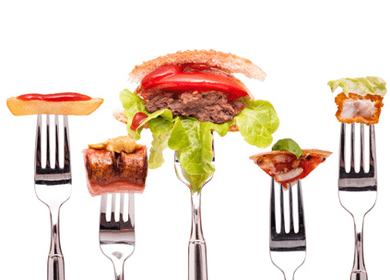 Studies have confirmed what many of us know but few of us wish to admit:  our Nation’s guilty pleasures, fast food addictions and quick-fix mentality are leading us down a tragedy-filled path to our own demise.

America’s average life expectancy is lagging behind other wealthy countries, and new research has shown that most of the lag is due to the high death rate of the 50-and-under population.  Death tolls from health and diet-related issues, prescription drug abuse and traffic accidents abound, and many of us still choose to remain oblivious to the simple truth that taking good care of our bodies and our minds now can literally save our lives.

Compared to citizens of other nations, Americans are statistically more likely to eat high-fat, calorie-intensive and processed foods.  Dr. Richard Woolf of the National Research Council acted as the lead author on a report comparing the health and longevity of people living in the United States versus populations worldwide.  He and his colleagues found that Americans in all age groups up to age 75 have shorter lifespans and a higher rate of disease and injury than other developed countries.  Summarizing the report, he says, “what struck us — and it was quite sobering — was the recurring trend in which the U.S. seems to be slipping behind other high-income countries.”

In fact, the study found that the United States was lagging behind other nations in nine key subjects:  heart disease, chronic lung disease, obesity and diabetes, drug-related deaths, disability, injuries, homicides, birth outcomes, HIV/AIDS, sexually transmitted diseases and teen pregnancies.  Some of these areas can be explained by our diet trends and commercial media – both of which are centered on instant gratification.  Others could potentially be a symptom of not taking the time to quiet our minds and meditate before choosing an action.

Many accidents, especially traffic accidents, could be theoretically avoided if meditation was a part of our daily lives and drivers adopted the principles of mindfulness while on the roads.  Everyday ‘road rage’ and reckless driving would diminish if we took the time to breathe, reflect and channel our frustrations. 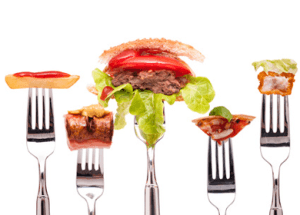 It is no secret that our Nation loves junk food.  Americans consume about 4,000 calories per day, which is much higher than any other country.  All too often, they are empty, chemical-filled calories from processed snacks and beverages.  We choose not to pay attention to our bodies, and the results are chronic, non-communicable illnesses which other more health-conscious nations do no suffer in such large numbers.

On this disturbing trend, Dr. Woolf comments, “(this) wasn’t always the case.  But over the past 20 years, the consumption of high-calorie foods and refined sugars and other dietary causes of obesity has increased dramatically in the United States in comparison to these other countries.”  Additionally, our media is focused on instilling an instant craving in the consumer, and as a result, television commercials and web pages are saturated with images of corporate logos and greasy burgers that the ads tell us we’ve ‘gotta have now.’

Another symptom of our quick-fix lifestyle is our nationwide epidemic of prescription drug abuse.  Jessica Ho, a doctoral student in demography and sociology at the University of Pennsylvania, published a study outlining the excessive mortality rates of Americans under 50.  She found that a surprisingly high number of these deaths could be attributed to prescription drug overdoses.  “These deaths have flown under the radar until recently,” Ho said. “This study shows that they are an important factor in our life expectancy shortfall relative to other countries.”  These findings are not overly surprising considering the availability of these drugs and the intensity with which they are targeted to Americans of all ages.  The medical attitude, “there’s a pill for that” is leading to a climbing number of needless deaths.

In order to reverse America’s downward spiral of poor health and lifestyle choices, we need to change our attitude as a whole.  The secret to health and longevity worldwide is simple – countries with populations that live the longest, such as Japan and Sweden, have diets rich in fresh fruits, vegetables and fish, and minimal processing of their ingredients.  Citizens of Iceland are notorious for their high rate of gym memberships, and their health statistics reflect the positive results.  If Americans were to focus on disease prevention through healthy diet, exercise and mindful meditation, we may succeed in dramatically lowering the death tolls from causes that are largely within our control.