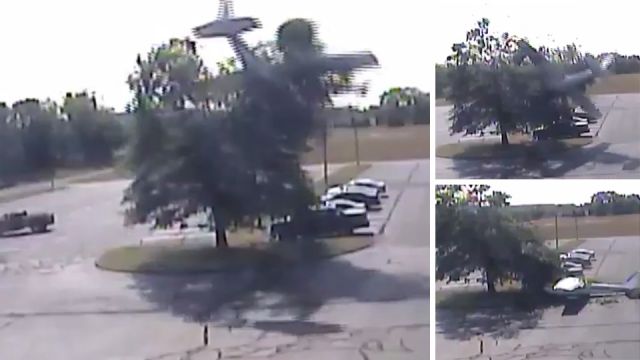 Talk about a bad day! Who knows what this pilot was thinking as he narrowly escaped death, his plane crashing into trees outside of the Connecticut airport.

Lucky for him, he escaped with only minor injuries, the trees acting as a buffer. It appears in the video that the trees helped to gently lay the plane down directly into a parking space. We are happy that all is well even though this looks like a mess. It could have been much, much worse!