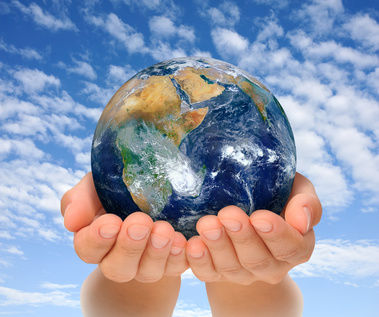 “On my 70th birthday I was asked: What are Mankind’s prospects? My reply: We are behaving like yeasts in a brewer’s vat, multiplying mindlessly while greedily consuming the substance of a finite world. If we continue to imitate the yeasts we will perish as they perish, having exhausted our resources and poisoned ourselves in the lethal brew of our own wastes. Unlike yeasts, we have a choice. What will it be?” – Farley Mowat – Author, Social Activist

We can control a number of things in this world, yet one very important thing that we cannot control may be the very thing we should be paying the most attention to. That thing is exponential growth – anything growing exponentially will double in a certain amount of time.

In the video below, David Suzuki, scientist, environmentalist, broadcaster and Co-Founder of the David Suzuki Foundation, tells us that we must not leave the principle of exponential growth (when the growth rate of the value of a mathematical function is proportional to the function’s current value) out of any discussion about population growth. According to Suzuki, our planet’s resources are fixed and finite, growth cannot be equated with progress and the solution to all of our problems does not lie in other planets.

Perhaps our efforts to dominate over nature with explosive advances in technology are not such a good thing? Are GMOs part of the problem?

“An ecosystem, you can always intervene and change something in it, but there’s no way of knowing what all the downstream effects will be or how it might affect the environment. We have such a miserably poor understanding of how the organism develops from its DNA that I would be surprised if we don’t get one rude shock after another.”
– Professor Richard Lewontin, Professor of Genetics, Harvard University

Surely, one might ask, are there not many sides to science and a multitude of ways to solve the demand for nutritious food for the world?

Just because you CAN do something does not mean you should do it. Maybe you CAN walk backwards, but are you going to go around all day doing it? Probably not, because after some time, you may realize that you can’t see where you are going and may run into something.

Yes, we have the technology to genetically make food; to put the DNA of different species in bed with each other and marvel at the offspring. But is this really something we should be doing, and in doing so are we walking blindly into the future, taking an indeterminable number of unnecessary risks?

All through history, science has propelled us to places that we thought we would never go – including the moon and the ocean floor. Science has saved lives and prevented tragedies, there is no doubt of this. However, we must be careful not to blindly put our faith in science, because science is continually learning, and early findings sometimes turn out to be very wrong.

At one time we were told that tobacco was good for us. For some strange reason, the same scientific method that was applied to “prove” this point has now “proven” otherwise. Some say that science has a way of consistently refuting itself. Leave a finding alone long enough and someone or something else will disprove it.

DDT was also called safe and effective at one point. Oops. Food dyes and flavorings are another great example – they are considered safe when made from “natural” ingredients. However, both artificial and natural flavorings are concocted in a laboratory by blending a variety of ingredients together, and no one really knows the long term impact of using them.

Consumers have been, and continue to be, misled when it comes to the latest scientific breakthroughs – especially where food science is concerned. We have every right to be skeptical over the genetic manipulation of the food we eat.

The long-term effects of GMOs on the environment are largely unknown, and a cause of great concern to many. What we do know in the short-term is troubling enough. As we have seen in the news in the last year, GMO plants occasionally turn up where they were not intended to be, from the wheat fields of Oregon to alfalfa crops in Washington.

It has become increasingly clear that the modified seeds are impossible to contain completely, and the appearance of GMOs among naturally-grown crops ruins the integrity of the entire crop. This is especially true of organically-grown produce.

Certain crops that are altered to be pesticide resistant may actually increase our nation’s use of pesticides, as insects become accustomed to them and develop resistances. These pest-resistant crops also interfere with the food chain, as more animals eat the plants than the insects that they are engineered to deter (which themselves serve as a food source for other species).

David Suzuki addresses the issues around GMOs and how it is absolutely necessary for us to be given the choice as to whether or not we wish to consume GM foods.

We are spending billions of dollars competing for lab research money like it is an Olympic sport, and throwing genetic material together in a petri dish without much thought to the outcome when a better, time-tested solution exists. This is where the use of science to create a better world gets a little confusing. If others are feeding millions without genetic manipulation, why is it so important that we do it? 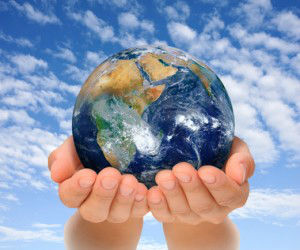 We think that the answer to why all this “invention” is occurring is pretty obvious – and while we are definitely in favor of free enterprise, we need to be very careful that we do not choose corporate profits over our health and the health of our planet. After all, these two things are inextricably tied together.