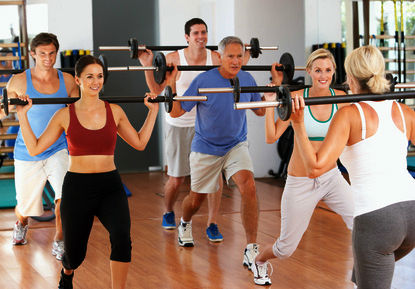 If you are one of the millions of Americans who has seen the scale slowly inch up with each passing year, listen up. Researchers from Duke University may have found a new solution to combat your growing waistline.

“Weight creep” is the term designated to those one or two pounds added on each year. It may seem like no big deal in the beginning, but over time, those extra pounds are often responsible for bringing one from the “overweight” category into the realm of obesity. With the alarming rise of obesity rates among Americans, researchers decided to change the focus from weight loss to weight maintenance for those bordering on the edge.

The study consisted of 194 premenopausal African American women who were considered “class-1 obese” with a BMI between 25 and 34.9. Half of the women were told the study was not for weight loss purposes, but rather to feel better while maintaining their current shapes.

The other group of participants was counseled using traditional weight loss methods and received a newsletter every six months but did not receive YMCA memberships or regular phone calls.

After 12 months, over 62 percent of the Shape participants maintained or lost weight, the average weight loss for the entire group being approximately 2 pounds. The other group recorded no weight-loss in the first 12 months and an increase of a 1-pound average at the 18-month mark. The Shape participants maintained their average weight loss at the 18-month point.

These particular studies focused on only moderately obese individuals, yet for those who are already at a much higher level of obesity, researchers agree that more drastic measures need to be taken. However, for the younger generations this technique holds promise and may be a key factor in helping curb this disturbing and dangerous health trend.