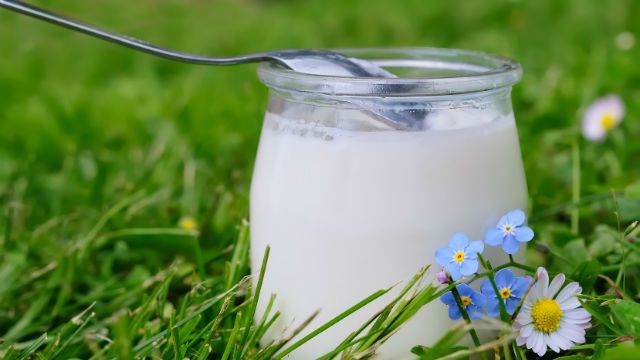 You spend hard-earned money on countless salves, creams and lotions promising to turn back the hands of time that have seemingly marched across your face.

Or perhaps wrinkles aren’t your problem (not yet anyway), but scratchy, itchy and often embarrassing scaley patches known as eczema keep you covered up while everyone else dons their summer bathing suits.

Millions of men and women suffer from sagging, wrinkling skin, and the number of Americans diagnosed with eczema each year has tripled in the past three decades. While you can spend your money on lotions, potions and tonics, you may just be better off investing in a healthier diet.

By now you’ve probably heard about the importance of gut health and its role in immune system function. But a healthy gut will do more than keep the sniffles at bay – it will also help keep your skin tight, firm and irritation-free.

Similar to the ecosystem of your digestive tract, your skin also houses millions of bacteria and yeasts that thrive on its surface. The healthier and higher the concentration of “good” bacteria, the healthier your skin.

Rather than slathering on a chemically processed, toxically fragrant and additive-induced lotion, which will have the opposite effect, the best way to positively enrich your skin’s ecosystem is to enrich the ecosystem of your gut.

The top five foods that trigger sensitivities and allergic responses include wheat, soy, dairy, corn and eggs. Not surprising, these are also some of the most abundant sources of GMOs in the American diet.

In one study, children suffering from eczema consumed a controlled diet including cow’s milk and eggs, as well as an experimental diet that eliminated these two food groups.

Results confirmed that when the dairy and eggs were eliminated, the subjects saw significant improvement in the severity of their conditions.

Note: We would love to see what the results would have been if a third group was tested in the study that switched to organic eggs and raw milk (perhaps it isn’t as much the eggs and cow’s milk as it is less healthy eggs and less healthy cow’s milk).

Researchers believe that probiotic exposure in infants may be beneficial in reducing instances of food sensitivities and allergies that trigger inflammatory conditions like eczema later in life.

And to those who see their once-taught skin beginning to droop and sag in all the wrong places, it won’t be what you put on your body that will make a difference, but rather what you put in it.

One study investigating the effect of food on damaged skin noted that diets high in vegetables, legumes and olive oil provided more protection against skin damage from sun exposure than did those high in meat, dairy, sugar and butter.

In fact, the latter diet was actually found to increase skin damage and premature aging. Again, was the major culprit the poor quality meat, dairy and butter, or even just mainly the sugar (which we know is very unhealthy)?

Perhaps the most toxic foods for your skin, which just so happen to be some of the most addictive, are those made of processed carbohydrates in the form of sugar and wheat. Carbohydrates contribute to the glycation of protein.

When sugars from carbohydrates combine with proteins, their end product, advanced glycation end product (AGE), wreaks havoc on collagen and elastin, both of which are necessary to keep skin firm.

The carbohydrates from today’s modified wheat products raise blood sugar levels more than a candy bar, and produce an incredible amount of AGEs. Since the typical American diet is loaded with both sugary drinks, snacks and even products masquerading as “health foods,” as well as a heavy emphasis on bread, pasta and so-called “healthy whole grains,” it’s no surprise that our skin is taking a beating.

The best way to battle your skin troubles, whether they be itchy patches or the emergence of crows feet and laugh lines, is to work from the inside out. Natural sources of probiotics include fermented vegetables or drinks such as kombucha tea or coconut water kefir.

Avoid any potential allergens that contribute to inflammation, consume a wide variety of organic vegetables, and by all means steer clear of wheat-based products and sugary snacks.