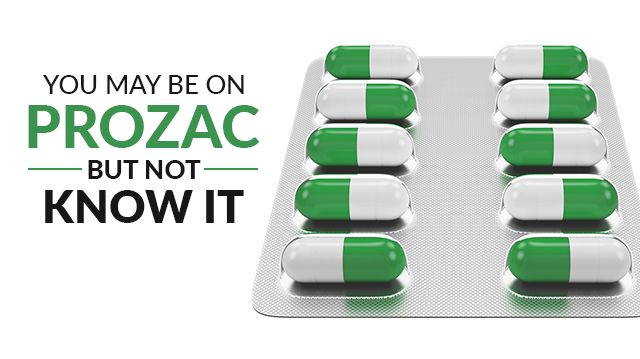 Sometimes truth is stranger than fiction. The idea that we’re unwittingly ingesting Prozac each time we drink a glass of tap water sounds like a conspiracy theory. But it’s not. Within the last decade, traces of pharmaceuticals have been reported in the water cycle, including surface waters, wastewater, groundwater and to a lesser extent, drinking water, according to the World Health Organization (WHO).

How is Prozac getting into our drinking water?

Barring conspiracy theories, it’s really no surprise how fluoxetine, also known by the trade name Prozac gets in our drinking water. Antidepressants are the most commonly prescribed medications in the United States. With approximately 250 million prescriptions filled annually, they are the highest documented drugs contaminating our waterways. If you live in an urban area, there’s a good chance your tap water is laced with tiny amounts of antidepressants.

Often old pills are flushed down the toilet, or medication is excreted during elimination. It’s estimated that 80 percent may not be broken down in our bodies. Active chemicals get recycled back into reservoirs because sewage treatment plants can’t filter them out.

The consequence of Prozac in the water leaves experts worried about fish, reports Scientific American. Traces of the drug frequently show up in US streams, affecting the aquatic ecosystems.

Male minnows in controlled studies, who were exposed to very small doses of Prozac, ignored females and spent more time hiding, which decreased reproduction. These minnows also took longer to hunt and catch prey. When the doses were increased, females produced fewer eggs, and the males became aggressive, often killing females. Obviously, changes in reproduction — plus avoiding prey — can have a devastating impact on fish populations.

The most vulnerable fish populations seem to be those downstream of sewage treatment plants. Prescription drugs consistently show up in higher levels in these areas compared to other waterways, reports Scientific American. So what does this mean for us?

Many surveys and studies confirm the presence of pharmaceuticals in municipal wastewater and effluents, reports the WHO. However, according to the WHO, studies in the US have detected very low levels of prescription meds in drinking water.

The problem is, a single contaminant in our drinking water may not be harmful, but when combined with other contaminants, the effect could intensify, particularly in children, the elderly or pregnant women.

Wastewater and drinking water treatment processes, according to the WHO, are not designed specifically to remove pharmaceuticals — but they can to some degree. Because pharmaceuticals aren’t “unusual” chemicals, treatment plants that have controls in place to lessen risks from exposure to pesticides may already be optimized to remove a percentage of pharmaceuticals like Prozac from water.

Typical wastewater treatment facilities generally have activated sludge processes or other forms of biological treatment, such as biofiltration. According to the WHO, these processes have a very wide range for removing pharmaceuticals: from under 20 percent to over 90 percent. So your local treatment plant could really fall anywhere between these percentages.

What can you do about it?

Proper disposal of medicines reduces the impact of pharmaceuticals in our water sources. The US Food and Drug Administration (FDA) developed the following guidelines to encourage appropriate disposal practices for unwanted or excess drugs. 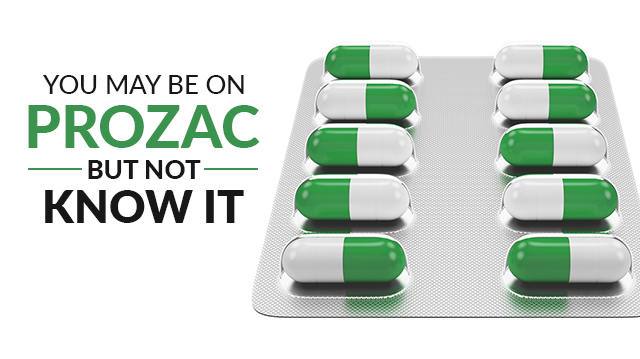 Water is a precious commodity. While we need water to survive, we also need a fresh, clean water source. Presently, the WHO suggests that we are not at risk and that only trace amounts of drugs such as Prozac actually make it into our drinking water. But what does the future hold? Without regular studies conducted on pharmaceuticals in drinking water, it’s extremely hard to assess our risks.

No one wants a dose of Prozac each time they drink a glass of water — even in trace amounts. So, learn as much as you can about your tap water. Contact your local water supplier and ask for the annual water quality report. This report lists the levels of contaminants detected in the water and indicates how well these levels compare with the Environmental Protection Agency’s (EPA) drinking water standards. And if you choose to invest in a filtration system for your home, make sure that the unit you intend to purchase addresses your concerns and is certified.