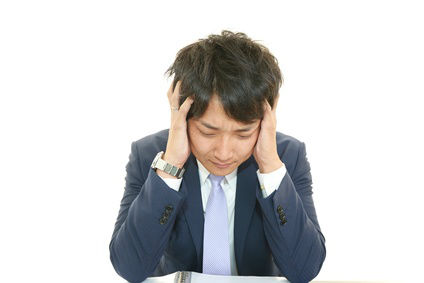 More, more, more… better, better, better. Ever since the war, Japan has held one common goal – to be bigger, better and wealthier than any other country. Hard work has always been at the cornerstone of Japan’s post-war ambition.

This pursuit of gross national product has been the envy of many an industrialized nation, including America. However, the success of such a driven nation has come at a great cost, the cost of human suffering and life. Is it all really worth it?

Since 1980 Japan has recognized karoshi (death by overwork) as a legal form of death. If the family can prove that the victim died by this cause, the government pays them around $20,000 a year and the employer may provide damage pay of up to $1 million. The number of cases submitted to the government continues to rise as up to 40% of all cases submitted are designated as karoshi.

The Nagoya District Court took Hiroko Uchino’s claim regarding her husband, Kenichi, a third generation Toyota employee on November 30th 2007. Kenichi died at the age of 30 in 2003 from what the court identified as overwork.

Exhausted, Kenichi passed out at work after having put in more than 20 hours of overtime each week in the 6 months preceding his death. He left behind two small children and his wife. Sadly, Mr. Uchino had commented to his wife, just one week before his death, that he was truly happy when he could sleep.

As a quality control manager, Mr. Urchino’s position required a great many hours of paperwork and training that took him away from the production line. The extra time that he spent doing administrative tasks was almost all unpaid and regarded as voluntary by Toyota and the Toyota Labour Standards Inspection Office, which is part of the labour ministry.

However, the court ruled that the time that Mr. Uchino spent training was an integral part of the job and one that he should have been compensated for. The government did not challenge this ruling.

Massive amounts of overtime are unhealthy

Official figures say that the Japanese work about 1,780 hours a year, Americans about 1,800 and Germans about 1,440. However, the Japanese figures do not include the “free overtime” that most workers put in. In reality, one in three men aged 30 to 40 work 60 hours a week and half say that they get no overtime.

Many work in factories where they are expected to arrive early and stay late without pay as well as attending training on weekends for which they are uncompensated. Culture and an innate desire to put the team above the individual make the long hours without pay a norm in Japan.

In addition, the last 20 years have seen a great many full-time jobs being replaced with part-time workers.Those that remain full-time feel obligated to give free work time to their employers in exchange for their full-time employment.

While Toyota is second only to GM as the world’s largest carmaker, and often praised for its efficiency and flexibility in the workforce, Ms. Uchino says that comes at a cost. She states that the free overtime the people, like her late husband, give allow Toyota to maximize profits.

In another Asian country with a fledgling economy, gross national happiness (GNH) outweighs the pursuit of gross national product. Although this concept is fairly new, Bhutan recognized that in the pursuit of prosperity and economic growth many things were being sacrificed, including culture, environment and happiness.

For Bhutan, considering what is needed to make citizens happy, not rich, cannot be ignored. GNH, says Bhutan’s leaders, is the responsibility of the government and a practice that fosters holistic awareness that is in the best interests of all citizens and the country as a whole.

Although it may be some years before Bhutan’s pursuit of GNH can be accurately measured, a country in another part of the world has consistently been recognized as the happiest. Denmark enjoys social equality and a high standard of living where all citizens are provided free education through college and free healthcare for life.

The most unique and revealing feature of this country however is that it has more people living in co-housing communities than any other industrialized nation. In these communities, multiple families share land and even housing complexes as well as chores.

These groups become like one big family, helping each other out and providing support.
While Americans may be paid for their overtime work, we still value work and prosperity far more than people in many other parts of the world.

Stress levels in our country are at a record high and more people are taking antidepressants, sleeping pills and anti anxiety drugs than ever before. We truly live in a country where gross national product is seen as the path to gross national happiness.

Although hard work is admirable, working too hard, acquiring more stuff and status, statistically only provides fleeting happiness and triggers an insatiable urge to do better, make more and have more.

Perhaps the real challenge is to learn how to be happy with what we have, work hard, share our time and talents with others and slow down long enough to watch the sunset or marvel at the sight of a full moon.

Even if corporate America continues to tell us that the answer to all of our unhappiness rests with climbing the ladder of success at any cost and buying more stuff, it doesn’t hurt to wander down the road less travelled. After all, as J. R. R. Tolkien told us, “All who wander are not lost.”