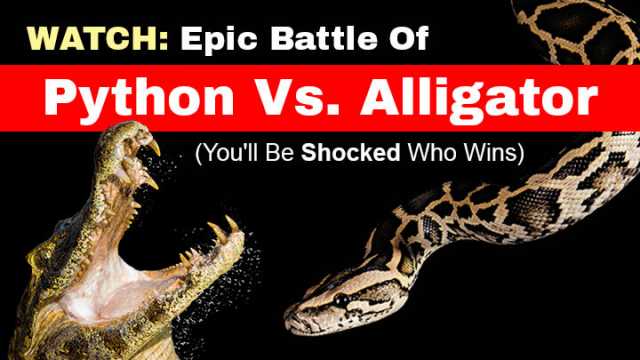 Residents in Southern Florida know to stay far away from alligators. Found in lakes, swamps and even golf course ponds, wild alligators can easily outrun humans and small pets if they feel so inclined. But there’s an even bigger predator to look out for in these parts — like this 15-foot long Burmese python.

Prey vs. predator: which is which?

Joe Capozzi, a staff writer for the Palm Beach Post, recently spotted a rare wildlife event while riding his bike in Big Cypress, a rich national preserve home to scores of alligators and other animals. It all started when he heard one big splash. Then another, and another. This didn’t sound like an ordinary alligator diving into the swamp to swim away, so he stopped to investigate.

Upon closer inspection, Capozzi found a six-foot-long alligator being tossed around against its will under the surface of the water. That’s when he pulled out his iPhone to record video. After a few minutes, he saw unmistakable giraffe-like coils emerge from the water, the signature pattern of a Burmese python.

Watch the action below:

In the end, the python won the battle against the alligator. According to Tony Bernas, a Big Cypress invasive species expert, that is not something you see every day. “I’ve been working with invasive species since 1988 and I haven’t heard of anybody telling me they witnessed a python eating an alligator. It’s pretty rare,” he told the Palm Beach Post.

Why are Burmese pythons in Florida?

These Burmese pythons, native to Southeast Asia, are a top seller in the exotic pet trade, which is how they arrived in Florida in the first place. Over the course of the last three decades, the National Park Service has seen pythons slowly being released into the wild, usually by exotic pet owners who can no longer care for them.

Though it’s a rare sight to see in person, pythons have been known to snack on a variety of wild animals. They’ll eat everything from birds to large mammals — like the unfortunate alligator caught in the video. 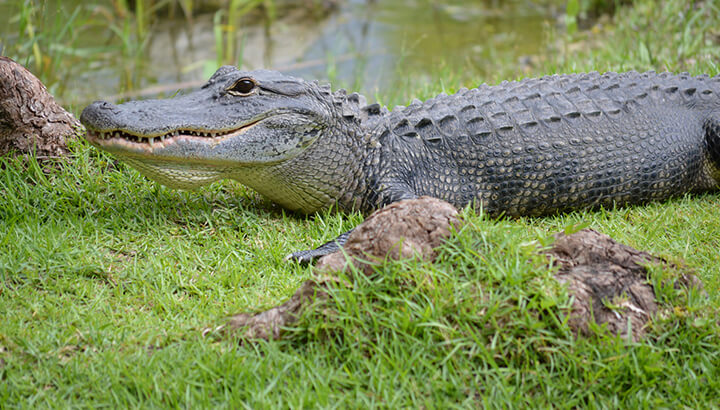 In his original post, Capozzi was caught off guard by the alligator a mere 15 feet away from him and his bike. He was obviously the bystander in the situation and not under attack. But should you ever find yourself that close to an alligator, stay as far away as possible — at least 50 feet at all times.

Here’s the reason: Alligators, like so many wild animals, can easily outrun humans. Chances are you’ll never have the misfortune of encountering a wild alligator close enough to cause harm. But if you should find yourself in that predicament, make sure to fight back. According to Jack Hanna, animal expert and TV personality, you’d be well advised to hit, kick and poke the alligator in the eyes if it’s trying to hurt you. Fortunately, since 1973, there’s only been 23 fatalities caused by alligator attacks.

Attacks on humans by Burmese pythons are even rarer. Of the five cases documented over a period of 10 years, none were fatal and only two resulted in puncture wounds. Like most animals, pythons won’t attack unless provoked.

When in the wild, always make sure to exercise caution and steer clear of wild animals. Remember, you’re in their habitat. Respect wildlife and they’ll respect you, too.