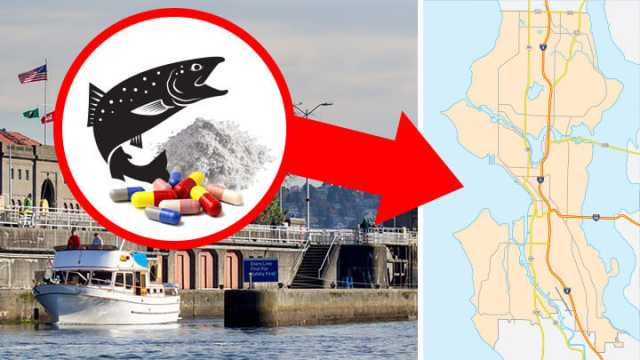 If you have salmon on the menu for this evening, take a moment and check where it came from. If it hails from Puget Sound in Seattle, you may wish to reconsider your dinner plans.

A study published in the journal Environmental Pollution tested levels of various “contaminants of emerging concern,” a.k.a. CECs, in estuaries near sewage treatment plants across the nation. Researchers took samples from estuary waters. They also checked juvenile chinook salmon and Pacific staghorn sculpin.

According to the study authors:

“Collectively, we detected 81 analytes in effluent, 25 analytes in estuary water and 42 analytes in fish tissue. A number of compounds, including sertraline, triclosan, estrone, fluoxetine, metformin and nonylphenol were detected in water and tissue at concentrations that may cause adverse effects in fish.”

“Interestingly, 29 CEC [contaminants of emerging concern] analytes were detected in effluent and fish tissue, but not in estuarine waters, indicating a high potential for bioaccumulation for these compounds.” 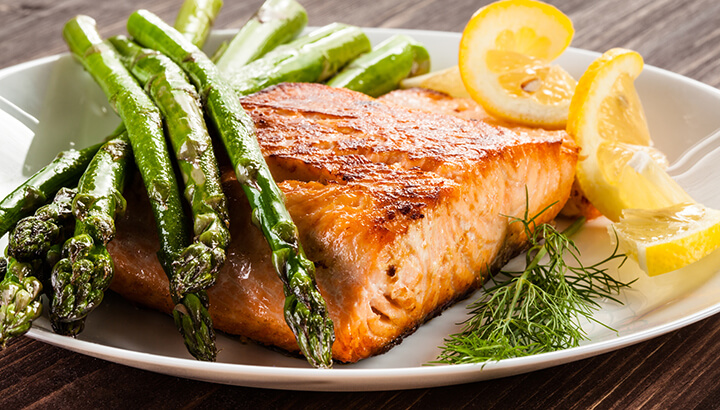 Researchers speculate that the fish have contaminates because drug use is rampant in the region or because septic tanks are leaky. Another theory is that wastewater plants are not able to remove all of the estimated 97,000 pounds of contaminants flowing into Puget Sound each year.

“You have treatment doing its best to remove these, chemically and biologically, but it’s not just the treatment quality, it’s also the amount that we use day to day and our assumption that it just goes away. But not everything goes away.”

Perhaps even more worrying is that the amount of drugs in the water near outfall pipes and in deep water may be underreported, according to researchers. Yikes. What the researchers found and measured is scary enough already.

Drugs are dangerous to salmon population and marine life 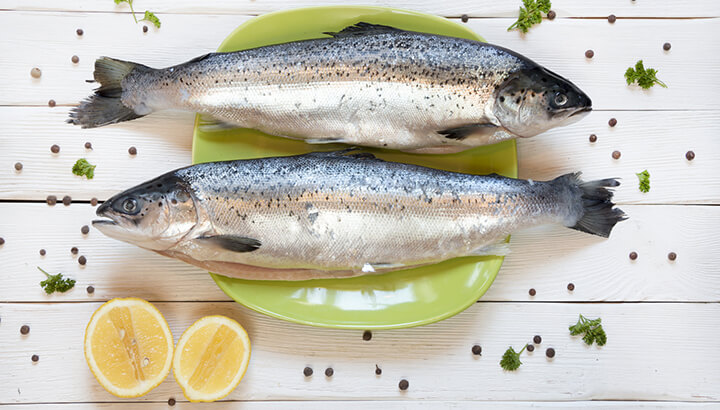 Researchers are concerned that the amount of contaminants found in salmon flesh is dangerous to the fish population and to surrounding marine life. However, they are relatively dismissive of potential negative effects on human health, stating that levels are “probably” too low to affect humans.

However, if these compounds accumulate in salmon flesh, it is possible to hypothesize that they may accumulate in our flesh. This is on top of the fact that with a lot of these drugs and chemicals, researchers know very little.

I don’t know about you, but I don’t want Paxil or cocaine in my dinner.

How to find clean salmon to eat

Wild-caught salmon — from clean, drug-free waters — is one of the healthiest forms of fish you can eat. It’s a great source of protein. Plus, it’s heart and brain-healthy, with inflammation-busting omega-3 essential fatty acids.

To get the best wild-caught salmon available, opt for Alaskan wild-caught salmon whenever possible. Experts monitor these waters closely for quality. If this is not an option, do some research on the region that your salmon comes from, so that you’re not munching on more than the healthy fish you bargained for.