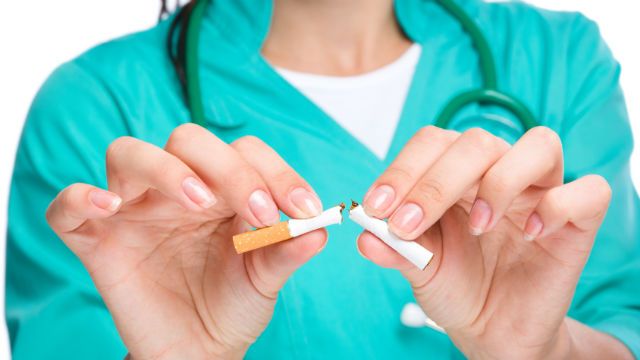 We know you know: smoking is a terrible habit that can viciously deteriorate your health. This is no secret. Everyone and their mother knows that smoking cigarettes raises heart disease and lung cancer risk, as well as the risk of numerous other illnesses. However, have you thought about the way in which your body recovers once you quit?

Sometimes, people decide that they’ve been smoking for so many years that it is useless to quit, and resign themselves to puffing for life (albeit likely a shortened one). However, it is never too late, and many of the body’s systems begin repairing themselves soon after you throw out that last pack.

To illustrate these repairs, the Huffington Post and CVS Health recently presented a visual diagram showing what happens to your body after you smoke your last cigarette. The following is a brief summary of their points.

After 20 to 30 minutes, hands begin to warm up, and blood pressure lowers. After 48 hours, your sense of taste and smell begin to repair. In two weeks to three months, lung function, circulation and overall stamina start to get better. In one to nine months, congestion and coughing begin to clear, you will notice a significant amount more energy, and lung function improves even further.

It follows that the sooner you quit smoking, the better off you will be. As we reported last spring, research has found that smokers live an average of 11 years shorter than non-smokers. Women who quit before reaching the age of 40 were found to reduce their risk of death by a whopping 90 percent. We have also reported on research which found that smoking may raise one’s risk of psychiatric disorders and suicide.
you’re still smoking, do yourself a favor: quit today.