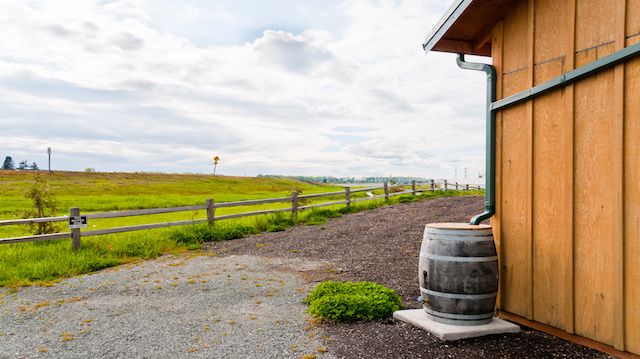 You can buy a rain barrel in almost any home-gardening store, but if you live in Colorado, using it will turn you into an outlaw. As climate change accelerates, other states could be looking into restricting who owns the water that falls out of the sky, even onto your roof.

Collecting rainwater is an old idea that goes back as far as ancient India and Rome. In modern society, it’s a clever, cheap way to gather a little excess water for your garden or your lawn while also doing your part for the environment. But that’s not the case in Colorado, where so-called “rain harvesting” is illegal. In fact, it’s not just against the law, it’s written into the state constitution.

The reason for this rather confounding legal situation is a concept called “prior appropriation.” In most Western states, water rights are not contingent on who owns the land but are instead apportioned as part of a historical first-come, first-served policy. Essentially, back when the Western states were originally settled, the first person to use a particular body of water for a beneficial use (i.e., farming, mining, household use) was granted the right to that particular body of water.

If they didn’t need all the water, someone else could be granted secondary use, and on and on down the chain until all the water was spoken for. Furthermore, the water rights are granted in perpetuity, meaning a farmer today can be using the water rights passed down to them from their great-great-grandfather who settled the land in the 1800s.

Increasingly, the doctrine of prior appropriation is coming under criticism as drought and the growth of cities reorient the water supply needs of Western states. For instance, 80 percent of California’s water supply is controlled by agricultural concerns that make up two percent of California’s economy. While water shortages are not yet an issue in most areas, accessing water can be difficult. Water rights can be purchased, but they are very expensive and many farmers and rights holders are reticent to sell.

In May 2015, Colorado legislators introduced a bill to make a symbolic stand against the doctrine of prior appropriation by allowing residents to use two 55-gallon rain barrels to collect rainwater for household use. The bill failed to pass the state senate. State Senator Jerry Sonnenberg said that rainwater collection was essentially the same as stealing.

According to Colorado law, he’s right. Collecting rainwater means you are diverting it from the natural pathway which would see the rain eventually filling streams, rivers, and lakes whose rights are owned by someone else. In contrast to the state law, however, studies show that only three percent of rainwater ever reaches streams or other water sources, while the remainder evaporates and returns to the atmosphere.

Those caught illegally diverting water can be subject to a $500-a-day fine until they cease their activities. However, the Associated Press reported that, “Colorado’s rain-barrel ban is little known and widely flouted,” and, indeed, there are no known cases of residents being cited for rain harvesting. In a column for the Colorado Springs Gazette, Dave Philipps called the rain barrel “the bong of the Colorado garden,” because it’s legal to sell, legal to own, but, “it’s just not legal to use for its intended purpose.”

The fight in Colorado is a microcosm of the wider discussion about water rights and issues of conservation. Rain barrels in particular are becoming more widely used, not just for gardeners, but for other household water needs. Homeowners can install fairly simple systems that allow them to collect and reuse rainwater for everything from flushing the toilet to washing clothes. Rain barrels also take pressure off overtaxed city water systems, which has led some states, like Texas and Ohio, to actively promote the increased use of rain barrels. 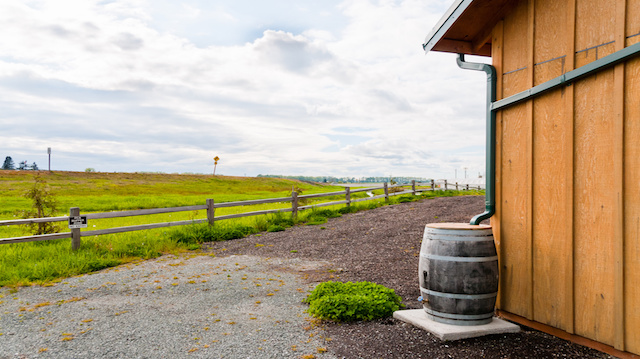 The same trend is also taking place worldwide. More than 100,000 advanced rain harvesting systems have been installed in Britain. Germany has given out generous subsidies leading to more than 1.5 million systems being installed in homes and businesses across the country.

While rain harvesting is not a broad solution to worldwide water needs, it can provide a measure of independence and environmental responsibility amid rising water bills and increasingly severe droughts. Also, while most people rarely consider issues of water rights and water infrastructure, droughts in California and the tragic lead poisoning situation in Flint, Michigan have shown us how large a role access to water can play in day-to-day life.

If you’re interested in more information on your state’s laws on rainwater harvesting, the National Conference of State Legislatures has an excellent state-by-state overview. As for the state of Colorado, legislators hope to re-introduce their bill this spring and are confident that it will pass, allowing rain barrel outlaws across the state to finally breathe a sigh of relief and collect their rainwater proudly.

What do you think about the use of rain barrels? Do you own one? If you live in Colorado, we promise not to tell.