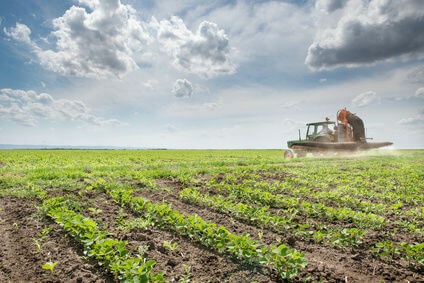 Oh the good old soy debate. For years, we’ve been bombarded with conflicting news about soy. “It’s a wonder food” and “avoid it at all costs,” have been touted by the pro and anti parties as more and more soy products have hit the shelves. But what’s the truth, and just what is the story on soy?

Soy Can Be Healthy

While soy in general gets a bad rap these days, this small bean can pack a mighty nutritional punch. The soybean is high in a compound called isoflavones, which scientists have found can have an anticancer effect.

There has also been evidence that soy can reduce cholesterol, reduce the risk of redeveloping certain cancers, promote bone health, is an excellent source of digestible protein and contains a highly absorbable form of both calcium and iron.

Plus, when you compare the overall health of the Asian population to that of Americans, the soy-consuming Asian nations are far better off than their overweight American counterparts. So eating soy must be the way to go, right? Well that depends…

Not All Soy Is Created Equal

Believe it or not, Americans consume an astronomical amount of soy as compared to Asians, who on average eat about nine grams daily compared to an American serving of 20 grams per serving. And the soy we eat is a whole other animal (or plant) than the soy our Asian counterparts consume.

Soy in America is a $4 billion industry thanks to the abundant health claims sprawled across packages left and right. But our soy is a far cry from a “health food.” Asians consume soy in its fermented form, which includes tempeh, miso and fermented soy sauce.

This method of preparation, when prepared from organic soybeans, is loaded with vitamin K and has been proven to promote bone health and reduce the risk of cancer, dementia and various other diseases. It is also an excellent source of plant-based protein and calcium, making it a good choice for vegans and vegetarians.

However, most Americans don’t eat the fermented variety. Rather they consume large amounts of unfermented soy in the form of soy sausages, burgers, ribs, fish, sauces, milks, ice-creams and more.

This highly processed product lacks most, if not all, of the benefits associated with the Asian variety and comes with a host of dangerous side effects including phytates that reduce mineral absorption, trypsin inhibitors that affect protein digestion and goitrogens that interfere with normal thyroid function.

Those tasty soy meatballs also contain high levels of aluminum, which is toxic to the nervous system and kidneys. To make matters worse, over 91 percent of the soy Americans consume today has been genetically modified, which in and of itself is a red flag as genetically modified products should always be avoided.

Even if you aren’t a tofu-eating vegan, you may still be consuming large quantities of this modified meat-substitute as it’s added to a wide range of products these days in the form of soy lecithin and isolate.

Yup, you definitely had a dose, and if you are a lover of frozen meals, there’s a good chance soy in one form or another is right up there on the ingredient list. You’ll also find it in soups, sauces and even breads, baked goods and crackers. Plus, many animal feeds are made with soy, meaning that steak you just ate contained a serving of soy as well.

So what’s the bottom line on soy? There’s no good evidence to intentionally consume unfermented soy. In fact, one study analyzed over 20 years of research and found very little evidence of even traditionally fermented soy as actually having a beneficial effect.

Yet, the study also stated that when consumed in amounts similar to that of the Asian population, it won’t have a highly adverse effect in healthy individuals. The bottom line: avoid soy when at all possible. If you have to have it, opt only for organic fermented products in very small amounts.