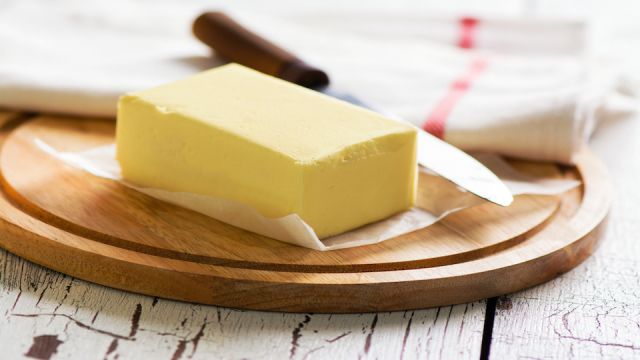 There is nothing quite so satisfying as a pat of pure and preferably raw butter on a stack of delicious multigrain pancakes, melting down the sides and in your mouth. Butter makes everything better, doesn’t it? There was a time when butter was demonized along with other saturated fats from animals as being the root cause of heart disease and other health woes.

A 2014 study published in the Annals of Internal Medicine rocked the nutritional world by suggesting that eating less saturated fat does not actually lower a person’s risk for heart disease. This study set a stream of thought in motion that perhaps not all saturated fat was bad, and maybe some is even good.

Butter is now settling into the camp of a “good fat” as it once again takes its rightful place back on the American table. Here are 9 reasons to embrace this golden goodness:

At the turn of the century, heart disease in America was rare. However, between 1920 and 1960 it rose to become the top killer in our country. This was at a time when butter consumption dropped drastically from eighteen pounds per person per year to four pounds per person per year. Seems pretty obvious here that butter was not the cause of heart disease as many would have liked us to believe.

The truth is, butter contains many nutrients that actually protect us from heart disease. The first is vitamin A, which is necessary for healthy thyroid and adrenal function. Both of which play a critical role in the proper functioning of the cardiovascular system. Butter is, in fact, the best source of vitamin A and is easily absorbed.

Wait…there’s more. Butter is also a good dietary source of cholesterol. That’s right, cholesterol. Which if you didn’t know, is a powerful antioxidant that is released into the brain when we eat too many harmful free radicals such as those found in margarine and highly processed vegetable oils.

In 1940, research appeared that linked saturated fat to cancer. As a result, butter was dropped like a hot cake and replaced with highly processed, man-made, vegetable oil spreads that had once been labeled “poor man’s butter.”  People from all walks of life, the wealthy and the not so wealthy gobbled up vegetable oil to protect themselves from the so-called woes of saturated fat. There was, however, a snag in the research. What the public was not told was that  “saturated” fats used in the experiments were not naturally saturated fats but partially hydrogenated or hard fats like those found in margarine, not butter.

Butter does, in fact, contain numerous anti-cancer properties. It is rich in short and medium chain fatty acids that have been shown to have powerful anti-tumor effects. In addition, butter contains conjugated linoleic acids which research has found provides excellent protection against cancer. Vitamin A and E, as well as selenium and cholesterol, protect against both heart disease and cancer.

Dutch researcher Wulzen found that the “anti-stiffness” factor is unique to butter. Known as the Wuzlen factor, it protects against joint calcification and degenerative arthritis. In addition, it appears that the Wulzen factor also keeps arteries from hardening and protects against cataracts, and calcification of the pineal gland. However, this factor is destroyed when butter is pasteurized. This means you must source out some raw butter to reap this benefit. Note: Calves that drink milk without the butterfat develop stiffness and are not healthy. When butterfat is added back into the milk, they thrive, and the stiffness goes away.

Butter and the Immune System

Butter boosts immune system function due to its vitamin A content as well as the short and medium chain fatty acids. On the other hand, hydrogenated fats and too many long chain fatty acids found in polyunsaturated oils and a number of “fake” butter products can have a dreadful impact on the immune system.

Contrary to what you might think, consuming butter does not make you fat. Short and medium chain fatty acids found in butter are not stored but rather used for quick energy. Fat tissue found in humans is largely comprised of longer chain fatty acids found in polyunsaturated oils as well as refined carbohydrates. One significant advantage that butter has over highly fabricated butter imposters is that it contains nutrients that help you feel full and satisfied. This is particularly important if you are trying to lose some weight.