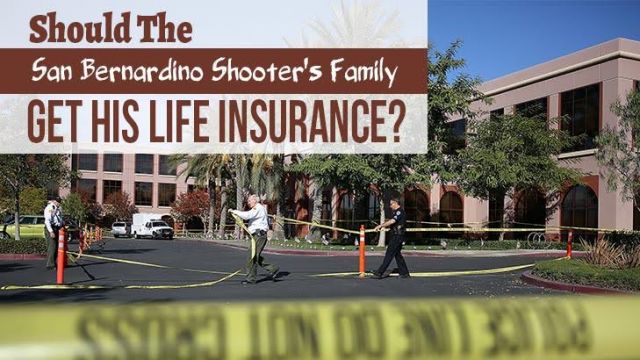 On December 12, 2015, Syed Rizwan Farook and his wife Tashfeen Malik opened fire at a holiday party in San Bernardino, California. Fourteen people were killed and 22 seriously injured in what was the most catastrophic terrorist attack in the US since September 11, 2001.

He named his mother, Rafia Sultana Farook, as the beneficiary on both plans. The couple also left behind an infant daughter.

Though under normal circumstances, the child’s grandmother would have been the ideal person to gain custody, investigators suspect her of having knowledge of her son’s terrorist activities since she lived in their home. As a resident, officials reason she was likely aware of the couple’s stockpile of weapons and materials for building makeshift bombs.

Government officials are also hoping to relieve Rafia of her $275,000 life insurance claim.

A slew of articles have popped up alternately defending and condemning Rafia’s character. Under particular scrutiny is her affiliation with extreme Islam. The Daily Mail has used a certificate of completion that shows Rafia attended a course called “Journey Through the Koran” as evidence that she was “less familiar” with Islam than her son. The class is apparently taught at an introductory level.

The Daily Caller used that same certificate to classify Rafia as “an active member of the Islamic Circle of North America (ICNA), a Muslim organization that promotes the establishment of a caliphate and has ties to a radical Pakistani political group called Jamaat-e-Islami.”

Neither Rafia’s character nor the role she may have played in last year’s attack matter legally. The issue at hand is more broad-reaching: Should a terrorist’s family be able to benefit from their activities?

The Department of Justice thinks not. According to their complaint for forfeiture: “The Policy Benefits are assets derived from a federal crime of terrorism.” Further, “under federal law, any assets derived from a crime of terrorism against the United States, its citizens or residents, or their property, are subject to forfeiture by the government.”

The case is straightforward.

So is the logic. On one hand, the government wants to make sure that additional funds are not siphoned into terrorist activities. On the other, they want to ensure that it is not possible for a terrorist’s loved ones to financially benefit from their criminal activity. Arguably, if the family stands to benefit, a potential terrorist will have more incentive to participate in acts of terror.

What is less clear, and perhaps more interesting, is what the government plans to do with this money.