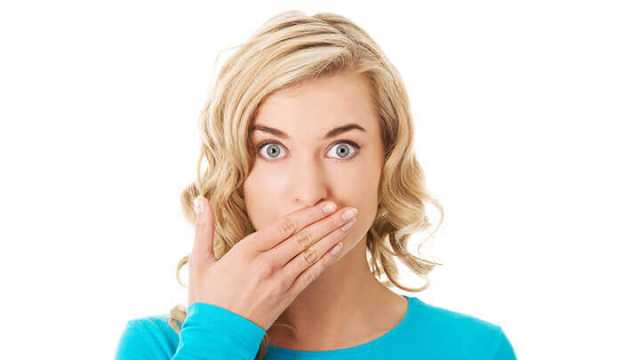 We’ve all been there — once that first hiccup surfaces, you know that you’re in for a short-term battle. Not only are they uncomfortable, but they often surface at an inopportune moment. Depending on the severity, hiccups can last minutes or hours, making individuals feel rather desperate.

Being a common occurrence, you’ve probably tried some odd things to try and win the war. Maybe you’ve tried holding water in your mouth with your head flipped upside down. Perhaps you’ve attempted to rhyme off an odd poem. Or maybe you’ve had someone scare the bejesus out of you. Everyone has their own little hiccup hack — but what actually works?

What the heck is a hiccup?

Let’s rewind for a moment, shall we? We can all relate to what hiccups are in terms of our own experiences. But let’s dig a little deeper as to why these involuntary spasms occur and what causes them.

To uncover the truth behind hiccups, we must first start with our diaphragm. It’s the dome-shaped muscle found in your chest. When you breathe in, this muscle helps pull downwards as your lungs fill with air. In comparison, when you exhale, your diaphragm relaxes. This allows air to flow out of your mouth and nose.

This back and forth motion typically works wonders, that is, until the diaphragm becomes irritated. As it begins to pull down in a ‘jerky’ motion, air rushes into your throat, causing your voice box to contract. And then you’re left with a big ol’ hiccup.

Factors that contribute to hiccups 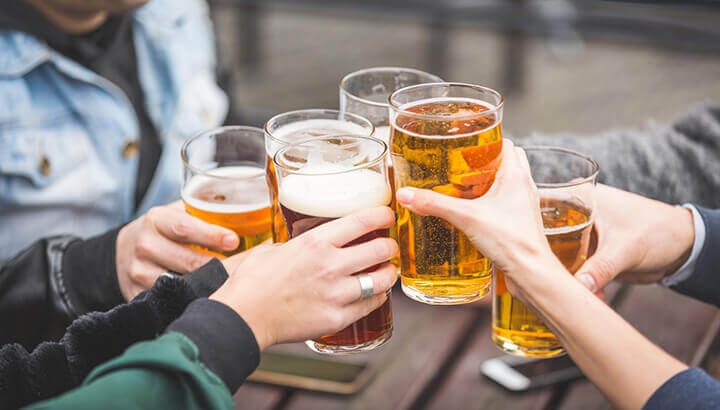 These annoying, involuntary spasms can be encouraged by a number of external factors, including eating too fast, becoming overly excited or taking a specific medication. It can even be caused by drinking alcohol, as you can irritate your vagus nerve. In fact, once this nerve becomes damaged, individuals can suffer from long-term hiccups. No, thank you!

So, whether you have overeaten or are suffering from acid reflux, hiccups most commonly occur based on a change in the body, before this information is passed onto your brain. Now to the moment you’ve been waiting for: how do you combat hiccup after hiccup?

Related: What Are Hiccups And How To Get Rid Of Them

Now that we’ve covered the basics, let’s get back to what really matters — how to more rapidly overcome your hiccups. There are all kinds of suggestions out there, but which methods actually work? The next time hiccups surface at the most inconvenient time, try one of the following techniques.

1. Take a spoonful of sugar 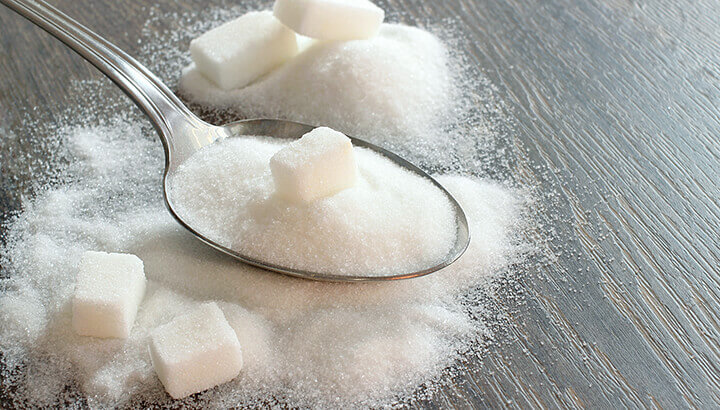 This is the last thing I would normally suggest — because nothing says good health like a spoonful of sugar, right? On the flip side, for those who eat a clean diet, taking a spoonful of sugar to help you out during a hiccup attack will not make or break your health.

To compare, when you drink one dark cola, you consume over nine teaspoons of sugar alone. Considering nearly half of Americans drink soda on a daily basis, one spoonful of sugar now and again won’t be detrimental. Now, back to the reason you’d be scarfing down granulated sugar.

This technique is one of the most common. In terms of scientific evidence, one key study stands out. Published in the New England Journal of Medicine, researchers found this method to be effective in 19 out of 20 patients. Of course, this is a small sample size and the study is fairly dated. But there may be some truth to this odd technique.

As mentioned, the vagus nerve can play a key role in hiccuping. And when overwhelmed by another sensation, it can signal the brain, communicating that something else is more important. That’s when hiccuping should come to a halt. As you consume a spoonful of sugar, it’s believed to stimulate this nerve, essentially making your body “forget” about hiccuping.

No one wants to gag themselves. But when hiccups just won’t quit, we’ll try just about anything, won’t we? It’s not exactly clear why this method may be effective. Experts believe that when you momentarily stop breathing, you actually restore the normal rhythm within your phrenic nerves.

This nerve is directly associated with your diaphragm and once irritated, hiccups can result. All you need to do is push on the base of your tongue, pressing down slightly. If you don’t want to gag yourself, you can also try to gulp down a glass of water. In some cases, the rhythmic contractions within the esophagus will override spasms felt within the diaphragm.

3. Drink with your ears plugged

These suggestions just keep getting weirder and weirder, don’t they? But hey, whatever works! For this method, you’ll either need a friend or a straw. As you plug both ears, drink a large glass of water. Although experts do not fully understand the mechanism behind this technique, it more than likely involves the vagus nerve, once again.

The branches of the vagus nerve interact with your auditory system. So as you put your fingers in your ears, this may kickstart stimulation. Dr. Goldstein has used this technique both in his personal life and within his emergency practice, as stated in Canadian Family Physician.

To try this for yourself, fill a large glass with cold water. Next, press the tragi of your ears — that little tongue-like piece of cartilage in front of the external opening of your ear. The goal here is to completely seal off the external acoustic meati, better known as your ear canal. As you do so, simultaneously drink your water. Sounds strange, but many swear by it.

4. Head to the bedroom 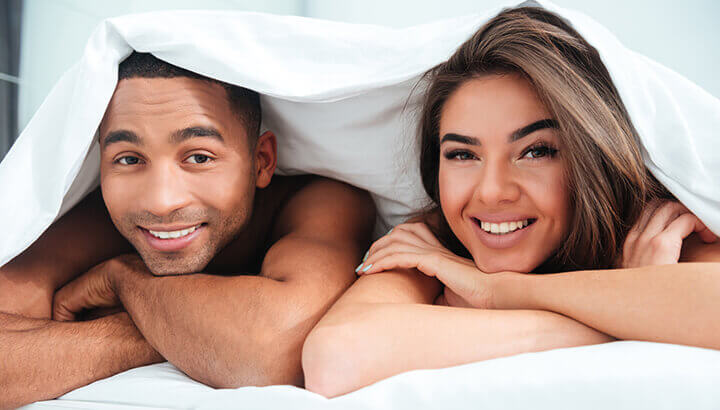 You may not be feeling very sexy while you’re hiccuping. But according to experts, an orgasm could do you a world of good. Not only will this promote the release of oxytocin — a hormone that counteracts anxiety and depression — but it can actually combat hiccups. Like the other methods suggested above, during sex, your vagus nerve is stimulated. While aiming to combat hiccups, researchers have documented the benefits of an orgasm on more than one occasion.

Within one case report, a 40-year-old man received an injection for his low back pain. The patient felt a sense of relief — until 6 hours later, when his intractable hiccups began. This led to anxiety and poor sleep quality. He was even unable to work. Although he tried several methods, including medication, nothing helped. On the fourth day, he had sexual intercourse with his wife. Once he ejaculated, the hiccups ceased. They did not recur during the 12-month follow-up period.

So, the next time you’re about to eat your dinner and hiccups interfere, try some of the suggestions above. If you’re going to go for suggestion number four, having a little fun in the bedroom, you may want to keep your dinner warm in the oven — just saying.