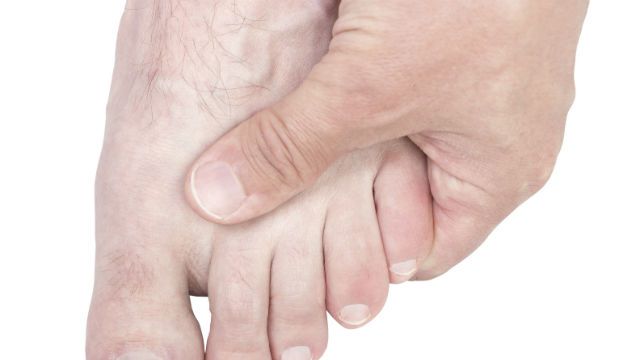 Gout, a form of arthritis characterized by a quick onset of joint pain and swelling, is a highly debilitating condition suffered primarily by middle aged or older men, although it also affects women. Even though it affects millions of people, it is one illness that has not been researched nearly as thoroughly as many other, less common, illnesses.

Caused by the build-up of uric acid in the joints (usually the big toe), gout can last anywhere from several days to several months. It has traditionally been thought of as a disease of excess, as the uric acid buildup can be caused by too much alcohol, too much red meat or too much seafood. It can, however, also be brought on by kidney ailments and kidney medications, as well as by sweetened beverages.

A new study published in the Annals of the Rheumatic Diseases found that in the United Kingdom, which has the highest percentage of gout patients in Europe (about 2.5 percent of the population), the number of individuals afflicted with this condition rose by 64 percent between 1997 and 2012. The study also highlighted that gout treatments in Europe have not caught up to the rising number of patients.

According to rheumatologist Dr. Tim Tait, “the increase in gout is a result of a combination of factors – primarily an aging population and a growing obesity problem in the UK.” The study noted that of UK gout sufferers, only a third were receiving the recommended treatment.

The study’s co-author, Chang-Fu Kuo of the University of Nottingham, said, “the reasons largely reflect commonly held negative stereotypes of gout as a benign disease and poor knowledge and interest in gout among doctors… The disease, in fact, has been linked to higher rates of cardiovascular and renal diseases and greater mortality.”

A 2011 study, published in Arthritis and Rheumatism, surveyed the occurrences of gout in the US, and found that about 3.9 percent of Americans suffer from the condition; about 5.9 percent of these are men and 2 percent are women. This study also associated gout with metabolic syndrome, which involves spikes in blood pressure and body fat, and stated that, similar to the UK, US doctors also seem to be less interested in gout than many other illnesses.

Luckily, there are several lifestyle changes you can make to help decrease your risk of gout and all the anguish that comes with it. Limiting your intake of foods and beverages that contain purines is one key prevention technique.

These include alcohol, caffeine, and large amounts of seafood and red meat. Also, according to Dr. Mercola, high fructose corn syrup is a “major risk factor” when it comes to gout, so avoiding soda and processed foods will help.

Dr. Mercola also points out that high levels of uric acid are also linked to heart disease, diabetes, kidney disease and high blood pressure. The way to significantly decrease your risk of all of these nasty illnesses is very similar: a healthy diet that includes a variety of fresh, anti-inflammatory fruits and vegetables, regular exercise and maintaining a healthy weight.

If you are already suffering from gout, these prevention methods also double to help lower your risk of repeat attacks. Losing excess weight, avoiding alcohol and purines and sticking to whole, healthy, antioxidant-rich foods can help to keep uric acid in check. Dr. Mercola also recommends only taking gout medications if it is “absolutely necessary,” as many of these drugs have nasty, possibly life-threatening, side effects.