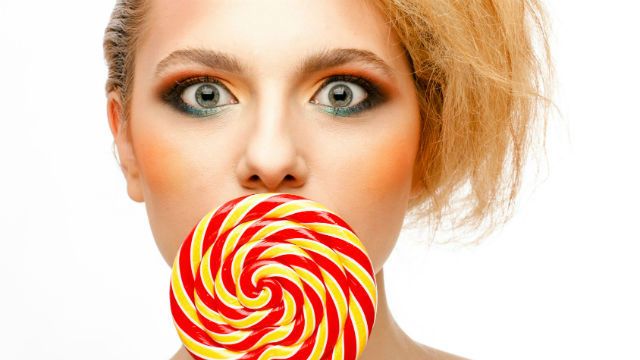 We can attribute a lot of our characteristics to our parents. Our height as well as skin, eye and hair color can, for the most part, be traced to our parents or our parents’ parents. But is it possible to blame mom and dad for our food choices? Perhaps.

A recent study based on twin behaviors found that our ability to perceive sweet tastes is an inherited trait rather than a learnt behavior.

Researcher and professor Hely Tourila of the University of Helsinki noted that humans are programmed with a built-in mechanism to crave sweet foods. From an evolutionary standpoint, this mechanism was vital for survival, helping early humans seek out the foods that contained the nutrients they needed.

However, from the results of her research, Tourila noted that the level to which we perceive sweetness is a genetic trait and differs among individuals. This means that if mom and dad craved the sweetest of the sweets, there’s a good chance their offspring will too (a hereditary ‘sweet tooth’ of sorts?).

In a similar study, researchers traced this so-called ‘sweet tooth gene’ to two sweet receptor genes (TAS1R2 and TAS1R3). The ability to taste and perceive sweet flavors stem from the alleles of one of these two genes.

The study also investigated how individuals experience other tastes, and found that people tend to vary in their ability to perceive the degrees of different tastes. What is horribly bitter to some may not seem nearly as potent to others, thanks to their specific genetic makeup.

Other researchers believe that a child’s taste preferences can stem from their mother’s diet during pregnancy. French scientists found that babies were able to recognize aromas that their mothers had been exposed to during the final days of gestation. They go on to argue that a woman’s diet during pregnancy can affect the development of certain sensory systems in the brain, thus influencing taste preferences.

Pregnant women who consumed biscuits laced with aniseed during the final days of pregnancy gave birth to babies who appeared to enjoy the smell of aniseed, as compared with the babies of mothers who did not consume the biscuits.

Yet others argue that one’s desire to consume sugar stems from dopamine receptors in the brain. Sugar consumption often stimulates these “feel good” areas. Scientists have found that obese individuals and those with a strong sweet tooth have fewer dopamine receptors, and therefore require larger concentrations of sugar to achieve that same sense of pleasure.

Regardless of where it comes from, we all have some semblance of a sweet tooth. The best means for not letting it become too strong is to maintain balanced blood sugar levels by eating healthy meals throughout the day (especially breakfast).

And don’t attempt to compensate with artificial sweeteners. Not only are many of these dangerous and poorly tested, they only serve to trick the brain, leaving the body craving sugar even more.