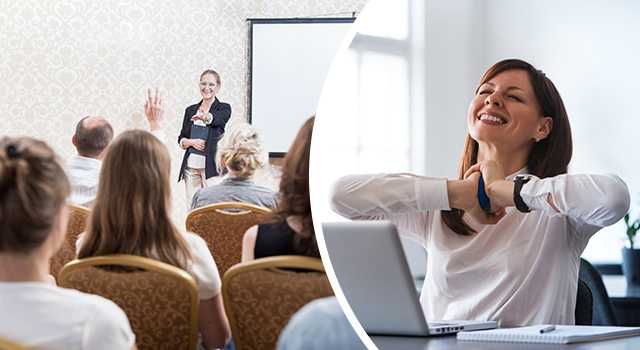 If you’re a businessperson or entrepreneur in need of a little inspiration, then these ten TED Talks are for you. TED Talks offer a stage for successful business leaders to present ideas that are particularly valuable to entrepreneurs. So, grab a coffee and get comfy this weekend. It’s time to be motivated, enlightened and inspired to achieve more — often through a road less traveled.

1. Steve Jobs: How to live before you die

Many people greatly admired Steve Jobs, CEO and co-founder of Apple and Pixar. Not only because of his vision, creativity and leadership, but also because of Job’s ability to speak from the heart about his accomplishments, failures and even fears.

One of his core beliefs was that people should never stop learning and should eagerly open their minds to new ideas. So, it’s for this reason that Job’s closing statement to Stanford’s graduating class in 2005 was, “Stay hungry. Stay foolish.” His commencement speech urges us to pursue our dreams and see the opportunities that lay in life’s setbacks — including death.

2. Tony Robbins: Why we do what we do

When it comes to empowerment, nobody does it better than Tony Robbins, the nation’s number one life and business strategist. Some say he’s one of the world’s best motivational speakers. But according to Robbins, motivation is the furthest thing from it. Robbins is the “why guy.” He wants to know “what drives you and why.” More precisely, “what makes the difference in the quality of people’s lives?”

Robbins speaks fast and furiously, but if you listen closely, maybe even take notes to retain what he’s saying, you’ll walk away with a profound feeling of what it takes to motivate yourself to achieve.

3. Julian Treasure: How to speak so people want to listen

Speaker and author Julian Treasure tells us there are “seven deadly sins of public speaking” that people often commit. Since the average person only retains about 25 percent of what they hear, it’s imperative for anyone who must reach an audience, whether on stage or in business, to speak clearly and be heard. In his Ted talk, Treasure teaches us that how well you influence others is as much about what you say as what you don’t.

4. Pamela Meyers: How to spot a liar

Certified fraud examiner, Pamela Meyers, says we’re facing an epidemic of dishonesty. So much so that on any given day you may be lied to anywhere from 10 to 200 times. But you can train yourself to spot the subtle cues of deception, suggests Meyers. In this Ted Talk, Meyers teaches us to listen for qualifying language and watch for uncharacteristic body language, like too much eye contact or a fake smile.

Leadership expert, Simon Sinek, tells us that “people don’t buy what you do, they buy why you do it.” In his revolutionary TED talk, Sinek demonstrates through powerful examples and the “golden circle” how leaders can inspire their employees. “If you hire people just because they can do a job, they’ll work for your money. But if you hire people who believe what you believe, they’ll work for you with blood and sweat and tears,” suggests Sinek.

6. Dan Pink: The puzzle of motivation

In his former life, Dan Pink was a speechwriter for Al Gore. Now he’s a career analyst, studying the puzzle of motivation. In his TED talk, Pink offers advice on how management can get the most from their employees. Forget the traditional forms of reward, says Pink. In the end, it actually “dulls thinking and blocks creativity.”

Jason Fried is a software entrepreneur who believes that the office isn’t a good place to work. According to Fried, meetings are toxic and “ASAP” is poison. In his Ted talk, he discusses the two main offenders and offers us three suggestions to make the workplace actually work.

8. Arianna Huffington: How to succeed? Get more sleep

Arianna Huffington, co-founder and former editor-in-chief of The Huffington Post tells women in business to get enough sleep, and you’ll literally “sleep your way to the top.” Her TED talk about the power of sleep may seem like a small idea, but it can awaken much bigger ones. Instead of bragging about our sleep deficits, Huffington tells us to shut our eyes and see the bigger picture. In the end, we’ll sleep our way to increased productivity and happiness, as well as smarter decision-making.

After seven years of research and 500 interviews with highly successful people, Richard St. John, marketer and success analyst, breaks down the eight essential secrets to success.

10. Casey Brown: Know your worth, and then ask for it

“No one will ever pay you what you’re worth,” begins Casey Brown, pricing consultant during her TED Talk. The sad reality for women in business: For every dollar, a man earns as an entrepreneur, a woman will only earn 80 cents. And for every dollar a man earns in business, a woman will only earn 83 cents. Your boss or clients are only paying you what they think you’re worth. That is, unless you take the time to learn how to shape their thinking. Brown teaches us how to better communicate our value, so that we can get paid what we’re actually worth.