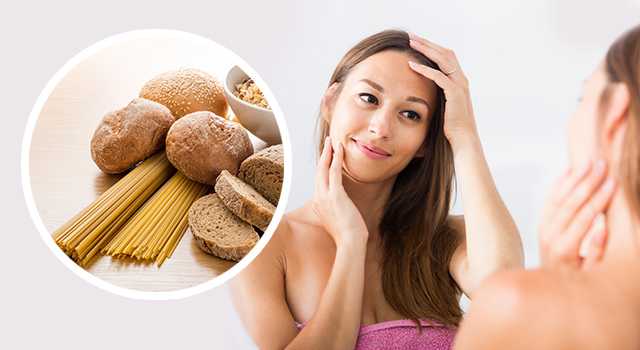 These days, going gluten-free is something of a fashion statement. It’s now cool to rock up to the trendiest cafe in town and loudly proclaim “I can’t have that, I’m gluten-free,” or to zero in on a rather delicious array of gluten-free cakes and sweets.

It’s easy to see, based on this behavior, how wheat, rye and barley lovers might dismiss the gluten-free craze sweeping the nation as just another dietary fad. And for those pursuing a gluten-free way of life without really putting much effort into it, they may even come out worse off. Based on the ingredient lists that I’ve seen, many gluten-free products are chock full of nasty filling agents and difficult to digest replacement flours that do nothing for one’s health.

And besides, just because it’s gluten-free doesn’t mean it’s sugar-free, hydrogenated-oil free or allergen-free. There’s a reason why those gluten-free cabinet cakes taste so darn good!

But if you’re like me and take your anti-gluten crusade seriously, there’s a lot of good that can happen in 30 days of going gluten-free. Here’s what happened when I ditched the grains and went gluten-free for a month.

At first, nothing happened

For 25 years, I’d been happily munching away on any glutenous food I could get my hands on. Why wouldn’t I? Those nutritional guidelines bandied about by the feds had me believing that whole grains were the very foundation of my dietary needs. What’s more, that bread, pasta, cake and cookies tasted so darn good!

So when I made a concerted effort to remove all gluten from my life, I expected almost instantaneous change. That didn’t happen. Three days in, I didn’t feel any different. I felt empowered with my decision to bring about a healthy change in my life, but there didn’t appear to be any physiological changes taking place.

…then came the digestive ease

I say “ease” because there’s really no other way to describe it. All my life, I’d had trouble digesting the food I ate — I was constantly having to knock back antacids for heartburn, I often had gas in the evening, and could often be found lying on my stomach following a meal in order to ease the intense cramping taking place in my digestive organs. FIve days after cutting out gluten, digestion was suddenly easy.

By this point, my gas had virtually disappeared. I no longer suffered from cramping or bloating after a meal, and I could finally say goodbye to nasty antacids (turns out they weren’t actually helping my problem anyway).

This makes plenty of sense when you examine the biology behind gluten. As it passes through our digestive system, it irritates the intestinal wall, causing inflammation and general chaos. The result is a greater likelihood of symptoms like gas, bloating, cramping, diarrhea and constipation, even if you don’t actually suffer from celiac disease.

My mood started to lift

Up until this point, I’d constantly been suffering from anxiety, depression and low-level stress. Even when I was doing things I loved, I couldn’t seem to completely shake this negative mental state… until I kicked gluten in the butt, that is.

The research certainly agrees. A 2014 study published in the Journal of Alimentary Pharmacology and Therapeutics determined that short term exposure to gluten in non-celiacs incurred a significant state of depression. Another 2010 study showed that women with celiac disease have significantly higher levels of anxiety than those without any gluten sensitivity. There’s even plenty of evidence to suggest that gluten plays a critical role in bipolar disorder and other major psychiatric disorders.

Whatever the reason, a week into my 30-day anti-gluten challenge and I was feeling awesome! My anxiety levels were at an all time low, I was waking up actually looking forward to the day, and my friend’s noticed that I seemed so much happier and easygoing. This improvement alone was enough to have me swearing off gluten for good.

My skin cleared up

In the weeks leading up to my great gluten hiatus, I’d often come across blogs and forums where people were amazed at how much their skin had improved after ditching gluten. After two weeks avoiding wheat, barley and rye like the plague, I discovered that these rumors were most definitely true!

As with gluten and mood, there’s a growing body of research proving that gluten can have a direct negative effect on our skin. In particular, eating gluten-containing foods has the potential to result in dermatitis herpetiformis, a skin-based manifestation of gluten intolerance, along with psoriasis, allergic reactions of the skin, and plenty more besides.

While I wasn’t suffering from any of these undesirable ailments, I did often struggle with dry skin and often discovered mass acne breakouts on my face. With gluten gone, my skin somehow attained the perfect level of suppleness — not too dry, and not too oily. Toners and moisturizers were no longer needed, and because my skin sebum levels appeared to have stabilized, acne was now a thing of the past.

I had more energy

Twenty days after cutting gluten from my diet, my energy levels soared. Where previously it would take me 20 minutes just to get out of bed in the morning, I was now literally rolling out of bed and landing on my feet, ready to face the day ahead. It took less time to wake up, I could concentrate better at work, and miraculously I still had enough energy once I got home to head out for a run or hit up the gym.

Fatigue is a symptom commonly experienced by those suffering from celiac disease or gluten sensitivity, the cause of which is twofold. First, gluten contributes to leaky gut syndrome and sets in motion a series of processes within the body that lead to widespread inflammation. With gluten antibodies entering your bloodstream through a weakened intestinal wall, your immune system is now on constant, high alert — a state that quickly exhausts your adrenals and saps you of energy.

Second, gluten-containing foods, particularly wheat, barley, rye and oats, contain anti-nutrients called phytates and lectins. As their name suggests, they block the absorption of certain nutrients critical to maintaining a healthy metabolism… and hence getting enough energy over the course of the day. Many people who are sensitive to gluten also suffer from iron malabsorption, which is known to cause extreme fatigue.

Why I’ll never go back

I often shake my head in disbelief when people tell me they felt great on a gluten-free diet but then immediately crashed and burned as soon as they ate a slice of bread. After experiencing all those benefits from going gluten free, why the heck would you go back to a glutenous way of life? Sure, bread is certainly delicious, and baked goods more so. But is it really worth continuing to suffer from digestive upset, brain fog, mood swings, fatigue and nasty skin?

Unless I can somehow get my hands on some affordable organic heirloom wheat, I plan on staying well away from gluten and all the trouble it brought into my life. I’d highly recommend you do the same!