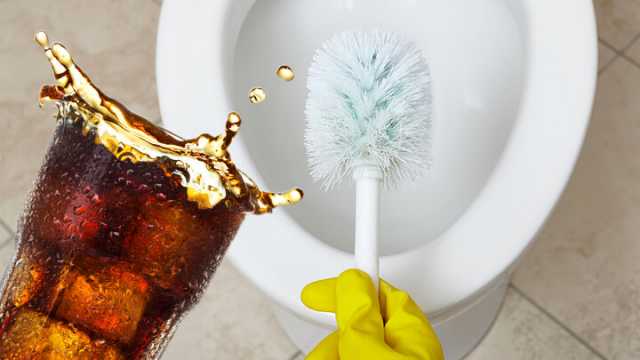 Coca-Cola made its debut in 1886 in Jacob’s Pharmacy in Atlanta. This cocaine and caffeine induced sugary soda was created by pharmacist John Pemberton, who decided to leave his drug making behind with hopes of finding success in the beverage industry.

Not a marketing whiz himself, Pemberton was able to convince Frank Robinson to be his partner and Robinson designed the logo for Coke as well as the name Coca-Cola.

Together they put their cola formula on the market, but sales were rather bleak the first year, which was devastating to Pemberton, who died in August of 1888, before ever seeing any success with his beverage invention.

It was not long, after the passing of Pemberton, that Asa Griggs Candler rescued the Coke business and really started to market the soda. The Coke name was becoming more and more popular all over the country. Within months after forming the Coca-Cola Company, Candler, Robinson and three other partners began really pushing the product. By 1914, the number of Coke manufacturing plants rose from two to 1,000. Coke was now being shipped all over the world.

It seems critical, before we get too far into this article, that we note a couple of facts, things that are proven to be true. First, Coke is the most valuable brand in the history of mankind; “Coca-Cola” follows “hello” as the second most recognized word in the world. Second, Coke has an acidity level that is comparable to that of battery acid.

The Coca-Cola syrup formula trade secret is kept well-guarded, known only to a few. What is known is that Coke contains the equivalent of 15 teaspoons of sugar, and that it is easier and cheaper to purchase Coke in many third world countries than it is to get clean drinking water.

What Coca-Cola does to your body

All 15 teaspoons of sugar hit your system in the first 10 minutes of consuming a Coke. This alone is over 100 percent of the amount that should be consumed daily. The astounding sweetness would make anyone vomit, but the phosphoric acid keeps this from happening.

In the first 20 minutes of drinking a Coke, blood sugar skyrockets and the liver begins to turn the huge amount of sugar into fat. Shortly after, blood pressure rises and the liver delivers more sugar into the bloodstream. Pleasure centers in the brain are stimulated in the same manner as when heroin is used.

Within an hour, the body has a sugar crash.

The carbonation in Coke irritates the stomach lining, and the body draws calcium from the blood to heal the irritation. The blood, low on calcium, pulls it from the bones to compensate. The phosphoric acid also reduces the calcium in bones.

The caffeine in Coke causes insomnia, high blood pressure, irregular heartbeat, birth defects, anxiousness, breast lumps and has even been implicated in some forms of cancer.

A study published in the journal Respirology states that drinking soft drinks is associated with breathing and lung disorders, including asthma and chronic obstructive pulmonary disease (COPD).

In another startling study, researchers followed the food habits of 42,000 Swedish men over 12 years and found that those who drank at least two sweetened beverages a day had a 23 percent higher risk of going into heart failure.

In a similar study of women, the Nurses’ Health Study, it was found that drinking sugary sodas was a contributing factor in the development of heart disease. Since heart attacks in women often have atypical symptoms, many women do not even realize they have had a heart attack. Consuming high sugar soda can add to the health risks for women.

Based on the information presented above, along with a host of other studies, it appears as though Americans might be better off employing Coke in their home rather than consuming it. Here are just some of the ways you can put Coke to work for you.

To clean hard water stains from your toilet bowl, pour a little Coke into a spray bottle and spray the rings thoroughly. Let the Coke sit for about an hour in the toilet bowl. For stubborn stains, use a toilet brush. For extra tough stains, let the Coke sit overnight. Flush the toilet and see the wondrous work of the phosphoric acid.

Spray some full-strength Coke on the stain and let it sit overnight. Wash the piece of clothing as usual. Mythbusters confirmed that this method for removing blood stains really does do the job.

Fill the pan with Coke and allow it to set until the food is loosened. Use a plastic scraper to remove as much of the residue as possible. Rinse the pot and wash as usual. If any burnt residue remains, apply a thin layer of baking soda, and wash again.

If you need to remove a rusty bolt, reach for your Coke. Pour a little cola in a bowl and use it to soak a cloth. It must be thoroughly soaked in order to do the trick. Fold the cloth over and cover the bolt entirely. The carbonic acid in the cola will break down the rust on the bolt. If rust is not totally gone, repeat again until you see no visible rust.

If you have a garden burdened by snails or slugs, Coke is the ultimate trap. Put a small amount of flat Coke in a bowl and place in the garden. Like many humans, slugs and snails are attracted to the Coke — and as with us, the acid causes them serious damage. Once they slide in the little bowl of Coke, they get more than they can handle.

Strip paint off of metal

If you have some painted metal that you wish to refinish, skip the commercial paint strippers and let Coke go to work. Soak a cloth in Coke and cover the area you wish to strip. Keep the cloth saturated with Coke and in a few days, the paint will wipe right off. This works best for small pieces of metal, as you can go through a lot of Coke with larger pieces.

Neutralize odors in the wash

Adding a half can of Coke in with your regular laundry detergent will help boost its effectiveness and leave clothes smelling fresh and super clean. This is especially great for really tough odors like fish.

Getting gum stuck in your hair can be uncomfortable and also embarrassing. There are many home remedies in circulation for removing gum from the hair, including peanut butter, ice cubes and vinegar. But, did you know that Coca-Cola also makes that list? If you find your hair sticky and matted with gum, soak it thoroughly with Coke. Once saturated, the gum should slide right out.

If you are tired of your dirty and dingy grout, try pouring a little cola on it and watch it go to work. Leave it to set for just a few minutes, and use a stiff bristle brush to scrub it clean.

There you have it, Coke can be useful after all.  If you have ideas for employing Coke besides polluting your body, comment below!