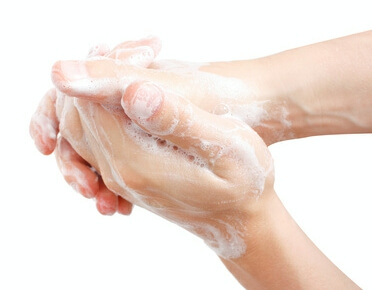 Studies have been revealing the dangers of antibacterial soap for years now. In 2005, research found that the antibacterial agent triclosan reacts with chlorinated water to produce chloroform, a known carcinogen. As early as 1978, the FDA even published a draft stating that triclosan was “not generally recognized as safe and effective.”

Yet the ingredient is included in a wide range of consumer products, most commonly in soaps but also in everything from toothpastes and cosmetics to kitchenware, apparel and even toys.

Even the typically conservative American Medical Association slammed antibacterial soaps years earlier, stating that there was “undisputed evidence that nothing works better when it comes to hand washing than plain soap and water, without the unnecessary toxic antibacterial chemicals.

Despite the numerous studies and massive amount of evidence, in 2010 the FDA claimed that it “did not have sufficient safety evidence” to recommend changing consumer use of products that contain triclosan.

Antibiotic-resistant diseases have greatly increased since the use of products with triclosan, posing even a greater threat than plagues such as AIDS.

Just some of the other dangers of triclosan include:

Now, finally, after four decades since its first use, the FDA has decided they will make the determination as to whether or not antibacterial soaps, and specifically triclosan, are doing more harm than good. Government researchers stated that they plan to deliver a review this year of the chemical that has been used for cleaning kitchens and the human body.

A spokesperson for the FDA noted that it is now one of their “highest priorities,” but the fact that is taken this long to review something so potentially harmful should make one take notice.

Many consumers rely on the FDA to identify products that are safe to use. Unfortunately, the FDA is often the last one to let us in on potential dangers, making it essential to do your own homework. 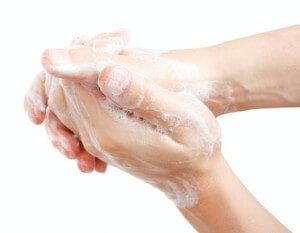 Rep. Edward Markey, D-Mass, noted, “When the FDA first started evaluating the rules governing triclosan’s use, Richard Nixon was president.” In 2010, after the European Union had already banned the chemical from products that come in contact with food, Markey asked the FDA to take a closer look.

Do we really need to wait years for more evidence to tell us something we already know? If you haven’t already done so, throw out those antibacterial soaps and turn to plain old fashioned soap and water instead.