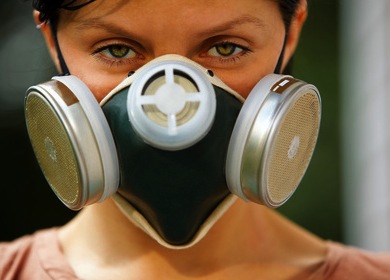 In our modern world, we are exposed to an array of toxic chemicals and carcinogens on a daily basis – in the water, in the air, in our food and in our food containers, to name only a few sources.

Government agencies such as the FDA and the EPA make it their business to assure us that the various chemicals that swarm around us are kept at ‘safe levels.’ However, are any levels of toxins truly safe, especially when we are being bombarded with so many of them at once?

A notable flaw in the establishment of a ‘safe’ level of any chemical is that it is usually tested in isolation, without taking into account the other toxins that may interact with it and alter its effects.

A new study performed at Texas Tech University and published in the online peer-reviewed journal, The Prostate, tested the cumulative effects of arsenic and estrogen – at so-called ‘safe’ doses, on prostate cells. In low enough doses, both arsenic and estrogen on their own are considered to do little to no harm to human health.

The results of the Texas Tech University study were troubling. Researchers Kamaleshwar Singh and his doctoral student, Justin Treas, found that when the chemicals were combined, they were nearly twice as likely to cause cancer in prostate cells.

The experiment performed by Singh and Treas consisted of treating human prostate cells with a combination of arsenic and estrogen once a week for six months. In many of the tests, the levels that were used were those that were considered ‘safe’ by the EPA.

According to Singh, the presence of arsenic and estrogen has a tendency to stop certain genes in a cell from expressing, through a process called DNA hypermethylation. Treas further elaborates that when the two chemicals were combined, they stopped the expression of the MLH1 gene, which is in charge of initiating the self-destruct sequence that normally begins once a cell is damaged. Since the self-destruct sequence did not activate, the cells turned cancerous.

Singh writes, “the majority of cancers are caused by environmental influences. Only about 5 to 10 percent of cancers are due to genetic predisposition. Science has looked at these chemicals, such as arsenic, and tested them in a lab to find the amounts that may cause cancer. But that’s just a single chemical in a single test. In the real world, we are getting exposed to many chemicals at once.” 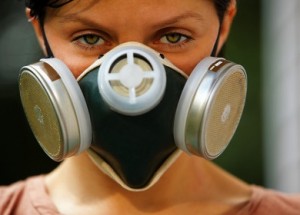 Given the sheer amount and variety of the toxins and carcinogens we are exposed to simultaneously every day, it would be mathematically impossible to calculate dangerous levels of each of these toxins in relation to dangerous levels of all other toxins. There are just too many variables.

Singh and Treas’ study clearly demonstrates that just two chemicals together have a heightened effect, casting suspicion on any toxin that is determined ‘safe at a low exposure.’

Some toxins, such as those in the air around us, are impossible to avoid completely. It is impractical to live in a bubble, and it is a fact of life that dangers are among us. However, many everyday chemicals are easily avoidable, if we are smart about how we live our lives.

Processed, commercial foods that have been treated with pesticides and growth hormones and plastic food containers that seep hormones into our meals are relatively easy to avoid, if we commit to an organic lifestyle and choose alternative food storage options. Minimizing our exposure to these chemicals as much as possible is the wise choice, as it limits the amount of toxins that enter our bodies thus minimizing interactions.

Within reason, stay away from whichever poisons you can. Better safe than sorry.