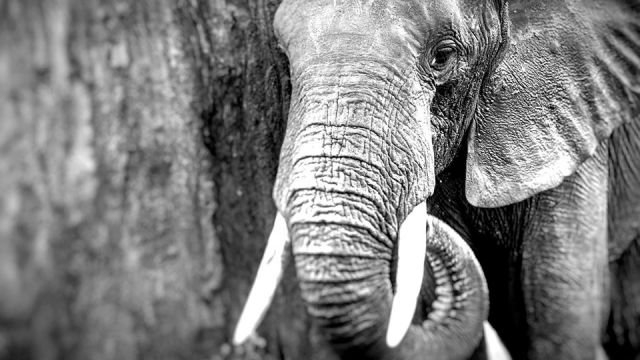 Big game hunters like Eric and Donald Jr. can now breathe a sigh of relief. Their endangered “trophy” heads will finally be displayed above their fireplace mantels. This week, the U.S. government reversed a ban that prohibited elephant trophies from being brought into the country from Zimbabwe and Zambia.

The Obama administration originally banned imports of trophies from Zimbabwe in 2014 after finding the nation’s management of legal hunting did not “enhance the survival of the African elephant the wild.”

Sadly, this move should come as no surprise. Earlier this year, another wildlife ban set by the Obama administration was lifted. Now hunters can shoot wolves and bears from airplanes, target cubs with mothers and use other extreme hunting practices. Meanwhile, what does this mean for a species on the brink of extinction?

Regardless of previous findings, the U.S. Fish & Wildlife Services (FWS) says that the money raised through hunting permits could boost conservation efforts. “Legal, well-regulated sport hunting as part of a sound management program can benefit the conservation of certain species by providing incentives to local communities to conserve the species and by putting much-needed revenue back into conservation,” the statement said.

…But there’s a flaw in that theory

Killing more elephants to help preserve the species is a flawed strategy. The idea is to invite hunters from rich countries to pay generous fees to shoot specified numbers of elephants. In theory, the money obtained from permits is then used for conservation and to help give local communities a financial boost. The result: poor villagers won’t need to poach elephants to feed their families.

But a closer look at trophy hunting in Africa shows that the industry employs few people. And, the money from hunt fees is minimal for villagers, suggests the National Geographic.

Still, the FWS will begin issuing permits allowing the import of sport-hunted trophies from elephants hunted in Zimbabwe. Meanwhile, the National Rifle Association praises the decision, saying it was long overdue.

Animal rights activists were appalled by a series of grisly trophy photos that emerged in 2012 showing Eric and Donald Trump Jr. posing with a dead elephant. Pictures also show the brothers posing with a kudu, civet cat and waterbuck while on a big game safari in Zimbabwe. One photo even depicts Donald Jr. proudly holding a severed tail of a dead elephant in one hand and a knife in the other. In another horrific photo, the two brothers stand beside a large crocodile hanging from a noose in a tree, reports Mail Online.

From habitat loss to massive poaching for ivory and trophies, over the decades the elephant population has dropped significantly. In the early 20th century, there were as many as three to five million African elephants. Today there’s just over 400,000.

Sadly, African elephants are still being poached in large numbers — even before they have mated. Between 2003 to 2013, trophy hunters exported more than 28 tons of tusks from Zimbabwe. And with the Trump administration reversing the ban to import trophy heads, poaching will increase significantly.

Why poach a dying species?

Poaching not only provides ivory and trophies to hang over mantels, but also conveniently removes elephants from the land. More land means more open space for development, something the Trumps are well familiar with. By 2050, experts say 63 percent of the remaining African elephant population will be culled thanks to human involvement.

So, for the elephants of Africa, the decision to allow trophy heads to be imported into the U.S. is a poor one, to say the least. Doing so will only further add to eradicating an already endangered species. No trophy will ever change that.