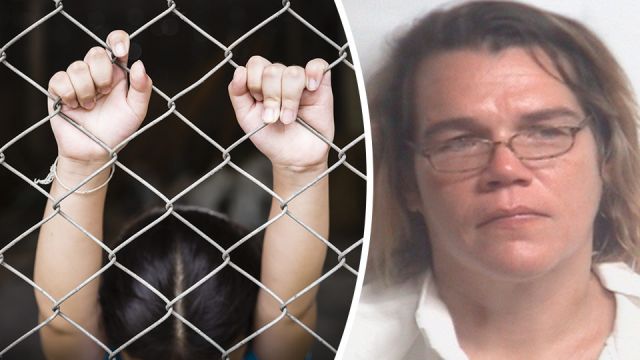 I consider being a mother one of the greatest honors I will ever have. My three daughters, now 21, 18 and 16, have been a joy to raise. And although times were not always easy, they are still blessings.

No matter how hard I search my mind, I find it an utter atrocity how some parents treat their children. Perhaps there is mental illness involved or other physiological problems like postpartum depression that cause people to behave in animalistic ways toward their children. No matter what, it is still startling and incomprehensible for me to hear horror stories about a mother, father or caregiver mistreating their children.

Unfortunately, the news is full of such shocking stories. Most recently, a Virginia mother was arrested when her children were found inside her home in makeshift cages. This is a child’s worst nightmare if ever there was one.

The social worker, Kate Bonniwell, petitioned the court that a 2-year-old was found in a crib that had another crib screwed on top to make a makeshift jail cell. As the upper crib was removed, the child made hissing animal sounds. It took 23 minutes for the upper crib to be removed using an electric screwdriver. The child did not move but just lay there in a frozen-like state.

A 3-year-old was locked in another cage, and a 1-year-old was in a crib without a lid in the same room. There was also a 5-year-old and a 6-year-old lying on a dirty mattress without sheets or pillows in another room.

According to Bonniwell, “The children didn’t act like normal children.”

Because of drain cleaner?

The children’s mother told the social workers that she confined the children because they had gotten out once and played with Drano sink clog remover.

The social worker said that the children were filthy and had multiple bug bites. They were also all bitten by fleas. The home was a disaster, the sink and bathtub were filled with dirty dishes, trash and rotting food. There were no clothes or toys in the house at all. The only toilet was broken and backed-up.

The judge who heard this case recommended it to the grand jury after throwing down the attorney’s argument that, “There is no evidence that the conditions were directly harmful to the children.” According to attorney Tucker Watson, the mother was overwhelmed.

Well, I can tell you that after raising and homeschooling my three children, there were plenty of times I was overwhelmed. Not once did I think of locking my children in a cage!

As I mentioned earlier, there are, sadly, many other horror stories of such nature. Below are just a few that I could dig up. Shame on people who think that children can be treated in such a manner. Equal shame for those who are too busy or blind to watch out for the welfare of children, whether the kids are their own or not.