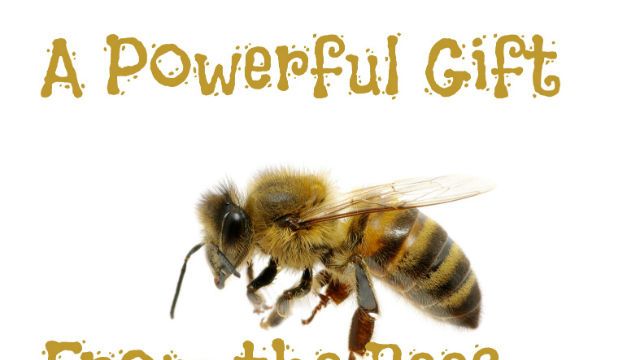 Even though the word “jelly” is incorporated into the name of this powerful superfood, royal jelly is a far cry from the sweet stuff you spread on toast. Rather, this potent jelly-like substance is secreted from the glands of worker bees in order to feed the queen bee and her larvae.

This often bitter-tasting substance is a combination of 60-70 percent water, 12-15 percent protein, 10-16 percent sugar, 3-6 percent fat and 2-3 percent vitamins, salt and amino acids. The specific combination is dependent on geography and climate.

In a typical bee colony, all bees start out as unisex larvae and develop into one of three roles: worker bees, drones or queen bees. All larvae begin their lives consuming the nutrient-rich royal jelly.

A typical worker bee or drone will be cut off from the premium royal jelly supply within a few days and will enjoy an average lifespan of three to four months. Queen bees, however, continue their royal jelly diet and can live for as long as seven years.

Humans who have studied the development and differentiation of bees in the hive recognize that the key to the queen bee’s longevity must be in her royal jelly-rich diet. This milky jelly-like substance has been studied extensively for its amazing effects on human health, specifically as a means of both battling and preventing diabetes onset.

In a Japanese study, type II diabetic rats who were treated with a supplement of royal jelly experienced a decrease in both serum insulin levels and systolic blood pressure, both indicators of insulin resistance.

In a similar study, rats who consumed fructose-sweetened beverages along with a royal jelly supplement experienced decreased levels of both plasma insulin and triglycerides, as well as decreased systolic blood pressure. Both studies conclude that royal jelly supplementation may be a functional food alternative to medication in both the prevention and treatment of diabetes.

While royal jelly exhibits promise in the realm of diabetes treatment, other research has found it to be a potent bone-builder in females, as well as helpful in easing the symptoms of menopause. It has also been found to have anti-cancer, anti-inflammatory and anti-fatigue properties, to name just a few.

You can find royal jelly in most health food stores, often in either pill or capsule form, as a powder or in its natural state (often frozen). Individuals with bee allergies should be especially careful when taking royal jelly, and those taking coumadin should avoid royal jelly as it is known to interfere with this medication and can result in increased bleeding or bruising.

Consuming royal jelly in its natural form is quite unlike your typical fruit spread. This jelly-like substance is often very bitter and quite strong, and is easiest consumed when incorporated into a smoothie or other flavored beverage or spread to mask its potent taste.

Other gifts from bees

Of course, royal jelly is just one of the many great gifts that bees give us. Here are two more to consider.

Bee pollen is collected by bees from flowering plants and then formed into granules. It is considered to be one of the most complete foods found in nature, with at least five times more protein than beef.

Research conducted into the Russian people of the Caucasus Mountains revealed that the bee pollen was likely a significant factor in their longevity and vibrant mental health. It has been shown to counteract signs of aging and is also a natural antidote for allergies, especially for fighting hay fever and sinusitis.

Bee pollen contains essential nutrients that help to strengthen the immune system and fight disease, in addition to providing a natural energy boost.

Propolis is a sticky brown substance that bees use to coat the walls of their hives. It is made from their saliva mixed with the resin of tree bark, which helps to repair damage and seal the hive from invaders.

Studies, such as one published in the February 2004 edition of the American Journal of Biochemistry and Biotechnology, found that propolis contains cancer fighting agents, including therapeutic compounds that can kill a breast carcinoma cell. 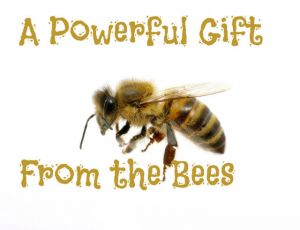 Propolis is also a powerful anti-inflammatory that can help heal wounds and treat skin inflammation. Its rich antioxidant properties help to combat the damage of free radicals, which are known to be a root cause of a number of degenerative diseases such as macular degeneration, in addition to offering anti-aging benefits.

The next time you purchase honey, be sure to choose raw, organic honey. Optimally, try and find a local source, but if that’s not an option, your local health food store or co-op is the next best bet.